In the turbulent Middle East, Israel has benefited greatly from its alliance with American allies. The U.S. has contributed a collective $121 billion to support Israel, which, along with Turkey, is the Middle East’s only stable and proven democracy.

To assume that the benefits are only one-sided, however, ignores Israel’s increasing importance to American economic growth. For decades, Israelis have contributed to the American economy, both within the U.S. and back home.

Many Americans in the Christian evangelical community support Israel because of its biblical significance. They see Israel as a land given by G-d to the Jewish people, a birthright which is many thousands of years old. This viewpoint generates strong pro-Israel sentiment, but there’s more to the America-Israel partnership. America greatly benefits economically from its relationship with the state of Israel.

Many Israeli-Americans who’ve come to the U.S. build thriving businesses and launch generous charitable foundations. Adam Milstein, an Israeli who came to the U.S. to attend the University of Southern California, works as managing partner for Hager Pacific Properties, where he’s head of the firm’s property management, disposition, and financing.

Hager Pacific invests in commercial real estate, specializing in the rehabilitation and reuse of undervalued, environmentally impacted, and aged properties. In addition to providing revitalization to the properties they own, Hager Pacific’s partners have amassed a real estate portfolio totaling over $1 billion. After acquiring and rehabilitating properties, Hager Pacific leases many commercial and industrial properties to American entrepreneurs and SMBs, contributing to job growth, economic development, and environmental restoration.

Milstein reinvests his real estate earnings into a wide range of philanthropic projects. The Adam and Gila Milstein Family Foundation supports efforts designed to connect young Israeli-Americans to their heritage. He also works to build bonds between Israeli-Americans living in cities all over the country. The Sifriyat Pijama B’America program, for example, provides classic Hebrew language storybooks to Israeli-American families, all for no charge. 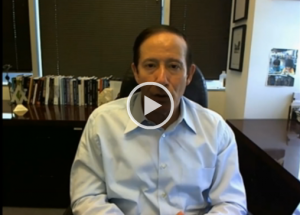 In addition to supporting his own causes, Milstein works tirelessly to unite many Israeli-American and Jewish charities in common purpose. “Everything that I do, I put a few organizations together,” Milstein explains. “I make them work together, make them empower each other, and create a force multiplier.”

“Adam is strategic and he has become a tremendous role model for other philanthropists to follow,” says Roz Rothstein, CEO of StandWithUs, a pro-Israel education group. “He is not only generous and makes good work possible, he is a good listener who recognizes the strengths of each organization and helps bring organizations together for the greater good.”

In a piece called “Friends With Benefits: Why the U.S.-Israeli Alliance is Good for America,” Washington Institute authors Michael Eisenstadt and David Pollack discuss the security and economic benefits America gets from Israel. One significant economic and security benefit has been Israel’s value as a niche defense supplier, and it’s a benefit that has expanded since September 11. Before 9/11, America spent $300 million on defense supplies from Israel. By 2006, spending grew to $1.1 billion.

Israel’s real value as a defense supplier comes from its incredible military research and development efforts. Israeli contractors supply the U.S. with unmanned aerial equipment, cybersecurity tools, electronic defense systems, and advanced military vehicle defense capabilities. In addition to intelligence sharing and cooperation on counter-terrorism, the two nations frequently partner on developing military technology for the U.S. and its allies.

In 2014, the Israeli-American Council (IAC) and Hillel, two organizations funded by the Milstein Family Foundation, co-sponsored a gathering with the Jewish Federation of Los Angeles to introduce young professionals to “Israel’s High Tech Heroes.” These heroes come from the 8200, the Israeli army’s elite cyber/tech unit.

Many members of the 8200 Alumni Association have gone on to become some of Israel’s most influential entrepreneurs and job creators. These firms often seek marketing and production partnerships with American companies, in turn creating tens of thousands of jobs on American soil.

The 8200 Alumni Association also runs a tech accelerator, connecting talented Israeli participants with America’s top banking, business, and technology giants. Thanks to the Milstein Family Foundation and the IAC, young Israeli and Jewish Americans are learning about the uniqueness of Israel’s entrepreneurial spirit — and investing their knowledge at home in America.

In 2006, American billionaire and philanthropist Bill Gates said, “Innovation going on in Israel is crucial the future of the technology business.” His predictions have proven true for a number of American technology firms.

Intel’s research and development centers in Israel, in 2011, accounted for 40 percent of the company’s revenues thanks to their development of cutting-edge microprocessors. As Eisenstadt and Pollack point out, if you’ve made a purchase using PayPal, you can thank Israeli IT researchers.

Right now, Israel is nurturing over 6,000 high-tech startups and attracts more venture capital per person than any country in the world. Many American companies rely on Israel’s innovations to create the businesses of the future. For instance, Israeli solar technology, used in plants built by American company BrightSource, is expected to double the amount of solar energy produced in America.

Bonds of Faith, Trust, and Progress 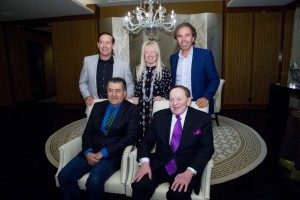 In the U.S., many left-leaning voters and young Americans equate being pro-Israel with supporting conservative evangelical candidates. Yet the Milstein and the IAC count many Democratic politicians among their friends as they lobby Washington on behalf of the Israeli-American community.

The incredible economic and philanthropic contributions of Milstein and the Israeli-American community, along with the defense and technology innovations pouring out of Israel, are significant drivers of the American economy. Together, Israel and the U.S. share a modern, progressive bond that runs deeper than the biblical ties of the past.

Milstein hopes to galvanize the Israeli-American community to give back, as he has, to the countries that have given them so much. “We need everyone in the pro-Israel community to lend their skills,” Milstein said, calling for unity, “as we realign our strategic focus.”