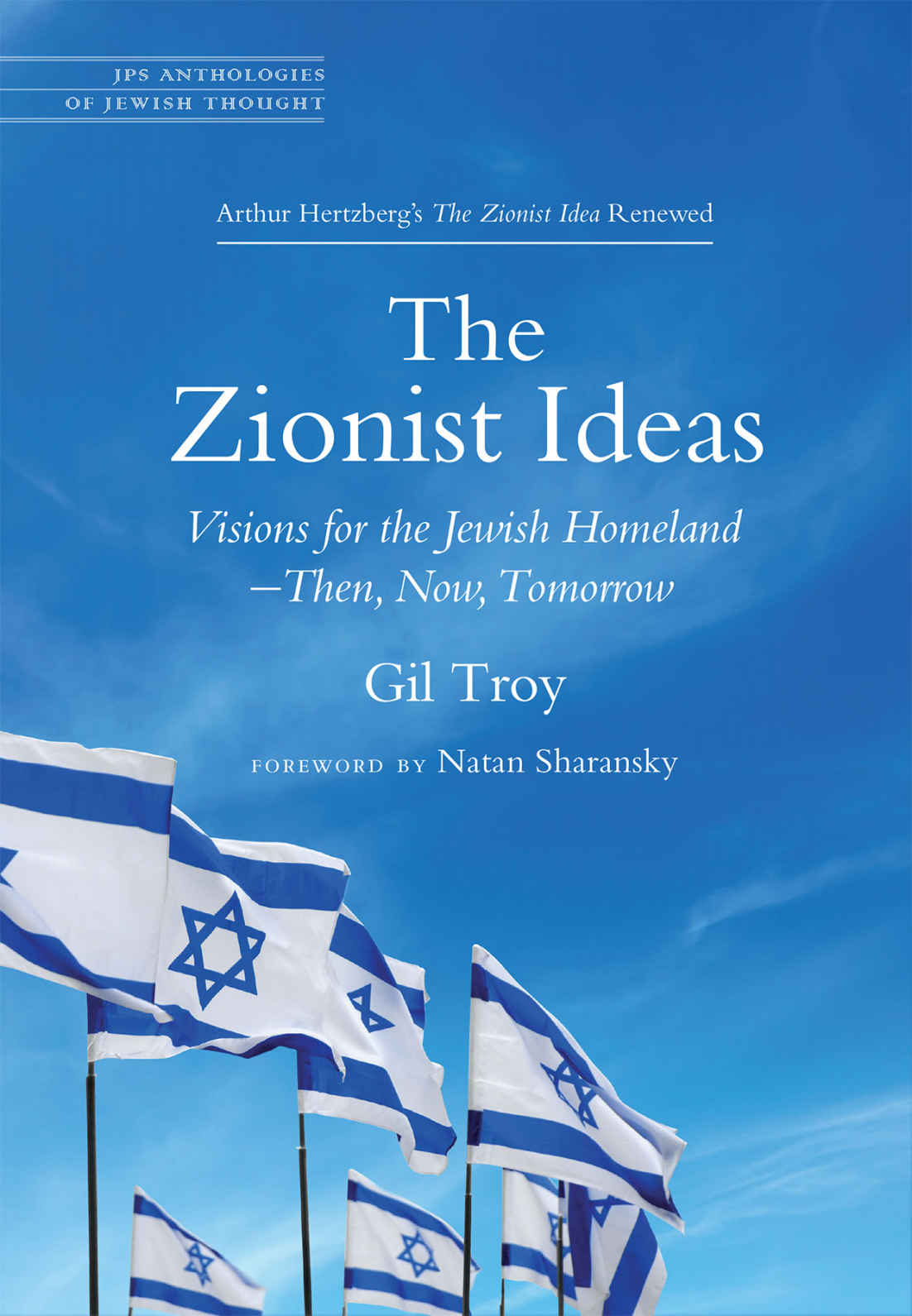 This article was originally published in the Times of Israel by Jacob Maslow on May 8, 2018.

A new anthology of Jewish thought called The Zionist Ideas: Visions for the Jewish Homeland – Then, Now, and Tomorrow was recently published. It is being hailed by many as the most comprehensive Zionist collection ever published because it includes over 170 different Jewish visionaries. This book, written by Gil Troy, includes a forward by Natan Sharansky and recognizes Adam Milstein as a torchbearer of cultural Zionism.

The Zionist Ideas builds on a classic Jewish book, The Zionist Idea by Arthur Hertzberg. Troy’s new book includes visionaries from the 1800s and includes women, mizrahim, and others who were left out in The Zionist Idea. This comprehensive book on Zionist thought traces the works of Jewish pioneers, builders of the modern day Zionist blueprint, and torchbearers who are carrying on cultural traditions and beliefs.

Adam Milstein is featured as a torchbearer along with other influential Zionists such as A.B. Yehoshua, Saul Singer, Sharon Shalom, and Rachel Sharansky Danziger.

About The Zionist Ideas by Gil Troy

Troy’s comprehensive look at Jewish visionaries looks at three different time periods, starting in the 1800s. He then breaks it down further into six different schools of Zionist thought:

The first part of this book explores the legacies and backstories of the pioneers who founded the Jewish state. This section includes people like Theodor Herzl, A.D. Gordon, and Abraham Isaac. Each of the pioneers in this section is from the pre-1948 era.

The next section covers the builders and influencers of Zionism between 1949 and 2000. These are the leaders and visionaries who implemented and modernized the Jewish state and blueprint. Zionists featured in this era include David Ben-Gurion, Golda Meir, Leon Uris, and Mordecai Kaplan. The third section, where Adam Milstein is featured, is about today’s Jewish “torch leaders.” These are the people currently making an impact on the Jewish culture by reinvigorating the state and reassessing it where needed.

In Adam Milstein’s 2016 article in The Jerusalem Post, titled Israeliness Is the Answer, he discusses how many American Jews have become disconnected with their faith, particularly millennials. Milstein writes about the value of engaging younger generations with the State of Israel. He argues that even though many people claim that Israel is a source of conflict that drives these young adults away from their heritage, it is actually what connects them to it. Adam Milstein is a big supporter of programs such as the Birthright, which sends young people to Israel on a 10-day trip. Milstein believes that this exposure to their heritage and culture gives them a new sense of identity and connection to where they came from, leaving them in a state of “Israeliness”, which is a good thing.

This “Israeliness” reminds them of where they came from and where the Jewish people are going. They see the contributions that their people have made to the world and that being Jewish extends far beyond attending synagogue. By visiting Israel, Jewish Americans can gain a new sense of their own identity.

Adam Milstein strongly believes that Israeli-Americans are an untapped resource in maintaining the culture and traditions of the Jewish people. He is on a mission to bring “Israeliness” to America. The Israel American Council (IAC), an organization that Adam Milstein co-founded and serves on as the Chairman of the Board, is now the fastest growing American Jewish organization in the nation.

The IAC has started numerous programs to connect people to Israeliness and Jewish culture and traditions. Some of these programs include Sifriyat Pijama B’America, which sends children’s books written in Hebrew and about Jewish values to families to read, or IAC Michelanu, which is a Hebrew-language Jewish program that is on college campuses.

Adam Milstein is a philanthropist, activist, and co-founder of the IAC. He is also a real estate developer and managing partner at Hager Pacific. Adam Milstein was born in Haifa. During the Yom Kippur War he served in the IDF. Milstein graduated from the Technion in 1978 and moved to the United States in 1981 to pursue his MBA at the University of Southern California (USC). After graduating from USC, he found success in commercial real estate and continues to work in this industry. However, he dedicates much of his time to charitable causes that promote the Jewish culture and Israel.

In addition to his role as Chairman of the Board for the IAC, Adam Milstein and his wife, Gila founded the Adam and Gila Milstein Foundation, where they support numerous pro-Israel organizations. Milstein is also the co-founder of Sifriyat Pijama B’America. He also serves on the boards of many other pro-Israel organizations including Stand With Us, Hasbara Fellowships and Israel on Campus Coalition (ICC). Milstein is also a National Council member of the American Israel Public Affairs Committee (AIPAC).

With his lifetime dedication to furthering the causes and values of the Jewish people, it comes as no surprise that Adam Milstein would be considered an important figure in carrying on the traditions and values of the Jewish people here in America and in Israel. Or, that he would be included in the most comprehensive collection to date of visionaries and influencers in the Zionist movement.

According to a recent interview in the Jewish Journal, Adam Milstein states that “there is nobody better than an Israeli American to be an advocate for the state of Israel.” He wants people to understand that being Jewish is more than just being a part of a synagogue. It includes the culture, the food, the dancing, and so much more. ‘Israeliness” is a heritage that he works tirelessly to preserve – unconditionally and unapologetically.