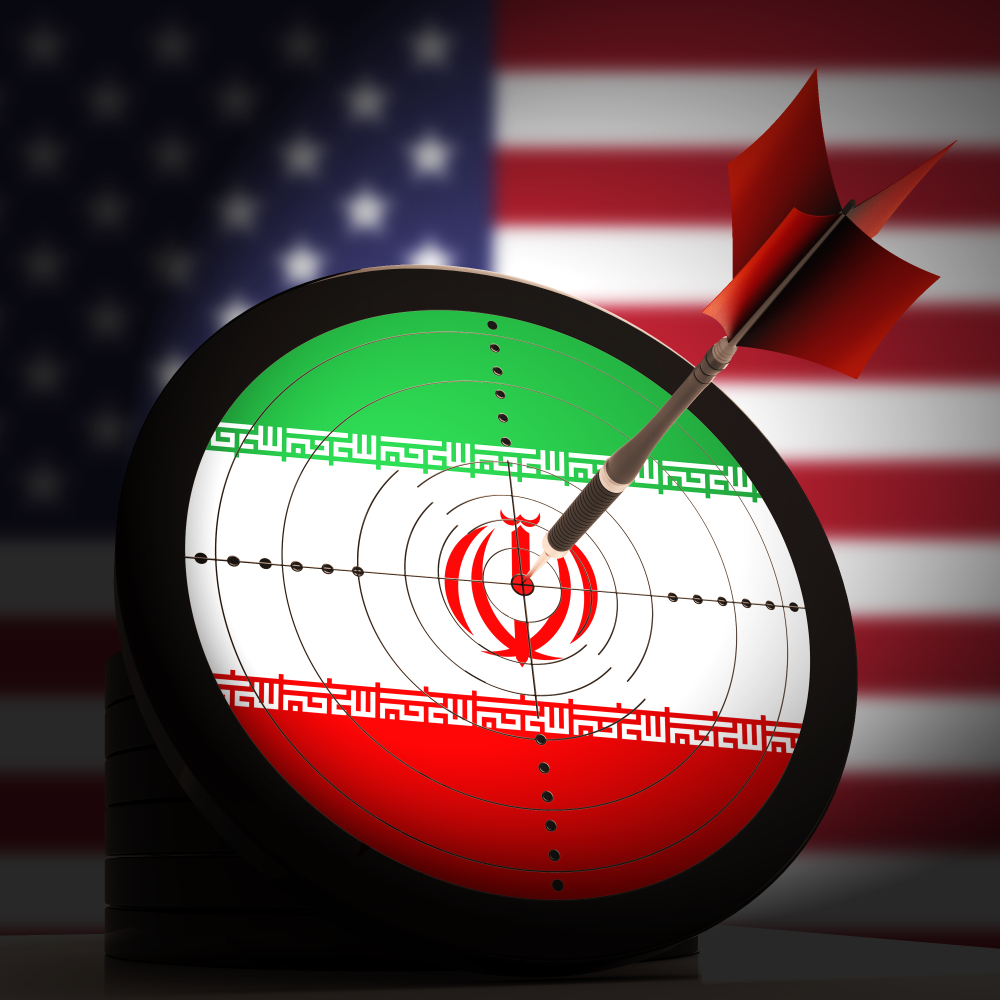 This article was originally published in The American Reporter on December 2nd, 2022, written by Jennifer Ross.

Unrest and pushback of the Iranian people against the repressive regime of Iran’s Supreme Leader, Ayatollah Ali Khamenei, has been brewing for decades. However, according to Israeli-American businessman and philanthropist, Adam Milstein, the recent unprecedented and unrelenting wave of anti-government protests sweeping the country, combined with Iran’s newly minted pro-Russia alliance in the war against Ukraine, calls for a renewed U.S. commitment to fighting the terror sponsoring regime both in the Middle East and on the world stage.

“Today, all we know is that the Iranian regime is a corrupt, bankrupt, and illegitimate spent force; that it won’t and can’t reform, and that the people of Iran are done with their dictators,” Milstein wrote in an op-ed piece co-authored with James Jay Carafano for MSN’s Tribune News Service. “We don’t know when the end will come or what it will look like, which raises the big question: What should America do about it?”

Milstein, who is a keen supporter of the U.S.-Israeli relations, believes that the U.S. leadership must reflect solidarity with Iranian citizens who seek freedom from a repressive regime, and warns that any attempts by the American government to revive the 2015 Obama-era nuclear deal with Iran would be a huge moral and strategic mistake. But to understand the future of U.S.-Iranian policy, Adam Milstein says we must first comprehend the chain of events fueling current protests in Iran that he hopes presages the downfall of the ruling regime.

The Death of Mahsa Amini: Understanding the Current Unrest in Iran

In September of 2022, 22-year-old Mahsa (Jina) Amini was arrested by Iran’s morality police for not fully complying with the country’s strictly enforced veiling laws. Her subsequent death under suspicious circumstances while in custody and the attempted cover-up afterward was a flashpoint that ignited a population already rife with political unrest.

News of the incident sparked hundreds of demonstrations, many led by women and students. “Although we have seen the strangling of women’s voices in the past, this extraordinary movement has amplified people’s strident cries against political repression in the face of unspeakable peril,” American Iranian historian and professor Firoozeh Kashani-Sabet explained in an interview with Penn Today.

As borne out by the swift and brutal response by Iranian police and military, that peril was very real. Protesters were, and continue to be, beaten and killed. Though the count is likely higher, as of Oct. 15, 2022, the Human Rights Activists News Agency (HRANA) reported 233 protesters had died thus far.

Adam Milstein Explains How Iran’s Campaign of Disinformation Is Failing

Seeking to control the global spin on protest news coming out of Iran, the Iranian government began a determined campaign to derail social media by hijacking internet access and causing disruptive service outages. Adam Milstein asserts this gambit by Iranian authorities to stifle legitimate eyewitness accounts was only partially successful at best.

“The restrictions on the internet, the arrest of the leaders of the riots, and the presence of the state in the streets always eliminated sedition, but this type of sedition and its audience is different,” Rahman Jalali, political and security deputy for Iran’s Kerman province, admitted to the Iranian state-run news agency ISNA as reported by The Guardian.

Although Iranian extremists persist in their censorship efforts, they cannot stop the flow of first-person reports from leaking out and going viral. As this vital coverage from citizen journalists continues to reach a world audience, it demonstrates in real time that the uprising is far from over and is, perhaps, another sign that extremists may be finally losing their grasp on power.

Even as it’s beset by troubles on the home front and in a reversal of years of precedent, the Iranian government has chosen to align itself with former political adversary Russia by providing military equipment in the war against Ukraine. According to ISNA, Iran also recently tested out the Ghaem 100, Iran’s first three-stage satellite carrier rocket, said to be capable of putting an 80-kilogram satellite into orbit approximately 500 kilometers from Earth. (Although the powers in Tehran deny the obvious implications, Ghaem 100 satellite carrier employs the same long-range ballistic technology that deploys nuclear warheads.)

“This is an example of the way Iran is working, crushing its citizens, moving toward nuclear weapons, and supplying lethal weapons that are killing innocent citizens in Ukraine,” Israeli President Isaac Herzog said in a 2021 report by the Jewish Telegraphic Agency.

Adam Milstein suggests that Iran’s technological advancements and military testing are a bid by Iran to position itself as a legitimate global power, and should be recognized as an extremely dangerous  red flag to the world’s free nations. While it’s hopeful that Iran’s Islamic extremist government may topple, Milstein cautions that partnering democracies such as the U.S. and Israel must remain vigilant in the face of the combination of troubling totalitarian military accords and the increasing potential for the use of nuclear intervention by such states.

“Americans can best defend American interests by safeguarding them against the malicious actions of others,” Milstein and Carafano proclaimed.

Adam Milstein — who, with his wife, Gila, is the driving force behind the Adam and Gila Milstein Family Foundation, which has a mission to “strengthen American values, support the U.S.-Israel alliance, and combat bigotry and hatred in all forms” — lauds former President Donald Trump’s decision to abandon the arms deal his predecessor Obama brokered with U.S. allies to limit Iran’s nuclear capabilities and to level sanctions against them rather than send them aid. “Washington ought to do nothing to prop up a collapsing dictatorship that also sponsors terrorism worldwide,” Milstein and Carafano wrote. “That means dropping all efforts to revive the Obama-era Iran deal, which has zero prospects of preventing Tehran from getting a nuclear weapon yet promises to net the regime more than $1 trillion to continue its reign of terror.”

While politics and policy in America often cleave according to strict party lines, support for Israel still enjoys bipartisan support from both sides of the aisle. Citing solidarity with the protesters and Iran’s unwillingness to keep faith with the spirit of the 2015 nuclear arms agreement, the administration of President Joe Biden says there are currently no plans to seek its furtherance on the table.

“It is clear, and the Iranians have made very clear, that this is not a deal they have been prepared to make. The deal certainly does not appear imminent,” U.S. State Department spokesman Ned Price told Reuters. “Right now, our focus … is on the remarkable bravery and courage that the Iranian people are exhibiting through their peaceful demonstrations.”

Adam Milstein views the historic Abraham Accords Declaration, first signed by the U.S., the United Arab Emirates, and Bahrain on Sept. 15, 2020, and since expanded to include Sudan and Morocco, as the key to normalizing Arab-Israeli diplomatic relations that may ultimately provide the path to sustainable peace to the Middle East.

“The U.S. has a ready instrument in the Abraham Accords. The agreement is more than a framework for normalizing Arab-Israeli relations,” Milstein and Carafano explained. “It is also a tool for economic, political, and diplomatic cooperation and integration. America should also continue to bolster Israeli deterrence and encourage stronger Israeli-Arab alliances to ensure its security interests in the region.”

Jennifer has been a part of the journey ever since The American Reporter started. As a strong learner and passionate writer, she contributes her editing skills for the news agency. She also jots down intellectual pieces from health category.