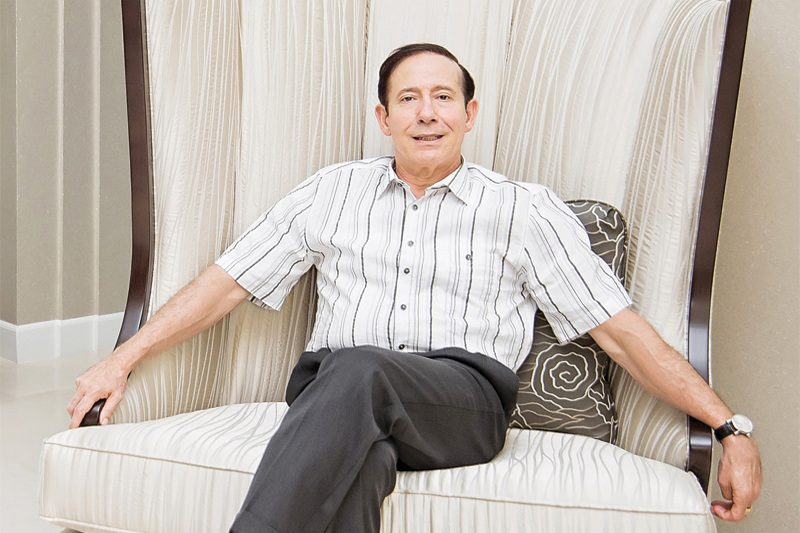 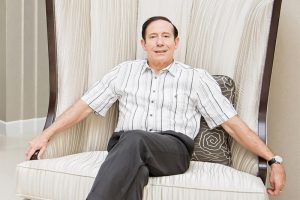 But Milstein, 63, who was born in Haifa and served in the Israeli army during the Yom Kippur War with Ariel Sharon’s brigade, wasn’t always so giving.

Three years after moving to Los Angeles in 1981 to attend business school at USC, he began what has been a successful career in commercial real estate with Hager Pacific Properties, where he continues to work full time as a managing partner. In 2007, Milstein — a member of Valley Beth Shalom and father of three — co-founded the Israeli-American Council (IAC), and he recently was named national chairperson.

Somewhere along the line, Milstein was introduced to the idea of philanthropy. He recently sat down with TRIBE to talk about Israeli philosophies on giving, who and what led him to take a different route, and what he’s doing to instill the value in the next generation. An edited version of that conversation follows.

TRIBE: Did you learn to be philanthropic from your parents?

ADAM MILSTEIN: No. Really what the Israeli and Israeli-American community is missing is philanthropy. But the Orthodox Jews have grown up with philanthropy … and the fact that I had a [business] partner who is Modern Orthodox, I got introduced to philanthropy at a very young point in my life, and introduced to the joy of giving and the rewards of giving. I remember about 15 years ago I had many discussions with him, as to, “So, what do we do now?” It’s not satisfying just to continue to make more money and more money. At some point, you want to do something valuable with your money, leave an impact, create a legacy, make your community better. This was really the point that I got more involved in philanthropy.

T: Would Israelis and Israeli-Americans argue with your point that they aren’t naturally charitable?

AM: They would not argue. In Israel, there is a phrase called “freier.” Freier is a sucker. In Israel, to give money to charity, you are a sucker. This is the attitude. In Israel, the public gets everything free from the government — from social services to schools to temples. So people aren’t used to giving money. As of now, it is being introduced more and more because there are a lot of people in Israel who don’t have a home or don’t have food. So when we created the IAC, we said we want to encourage and inspire philanthropy.

T: How do you do that if people aren’t used to giving?

The other thing is [to] speak about it, speak about the fact that the giver gets much more than the receiver. In fact, there was an example that happened to me in my early partnership that convinced me that charity is a no-brainer. The way that the Modern Orthodox present philanthropy is they say it’s not that you have to give 10 percent of your earnings as philanthropy. It’s the opposite. Whatever you give, God gives you 10 times more. …

What do you mean? … I had some incidents with my partner where we were philanthropic one day and the next day something beautiful happened — suddenly we made a lot of money. The examples were so close that I couldn’t argue. It works this way: I think God is blessing the people that are blessing anyone else. God wants to really empower the people who are givers. And if I am a giver, God will say, “Let me make this person more successful so [he] can give more.”

T: Was this a hard talk with your wife?

AM: She was a partner from the get-go. We discuss the different program and grant requests. We make mutual decisions. She is the president of an organization called Stand By Me that helps families combat [cancer]. … So, my wife is more the soul of the philanthropy. Her heart is more into social justice, and I am more focused on strengthening Israel, the Jewish people, the U.S.-Israel alliance.

Obviously there are hundreds and hundreds of Jewish organizations in the United States. The names are confusing and you never know who is doing what. So over the years, we took it on ourselves every year to help another five organizations. I thought the only way you can learn about an organization is to give them money, come to their meetings. Now I think we have like 100, and I’ll tell you how we give: Besides the mission statement, we have a model of operation, and the model of operation says, first of all, we want to be active philanthropists, not just give money and forget about it, to make sure that there is an impact. Many times, we will create programs that didn’t exist. Organizations would come to us and say, “Can you help us?” And we will ask the organization, “Which programs are you running or which program would you like to run if you had the money?”

T: Can you give me an example?

AM: Let’s talk about AIPAC. … They said, “There is a program that we love, [but] we don’t have money for it. We would like to take non-Jewish student leaders to Israel, the people that will be the senators and congressmen of the world. They are in college today. We have identified them.” We said it’s a no-brainer to take non-Jews. Anyone you take to Israel comes back as a friend. So it has been maybe eight years since we established a program called the Milstein Family Foundation Campus Allies Mission to Israel.

The other program, for example, is Sifriyat Pijama B’America. Gila and I met Harold Grinspoon, the founder of PJ Library, on a trip to Egypt in 2010. We got friendly and we said, “We need to do a program together.” Then I thought, “We want to reach Israeli-Americans. The easiest way to reach the Israeli community is to give books in Hebrew to their kids.” I told Harold, “Why don’t we create the PJ Library in Hebrew in the United States?” And he loved it. We started with 1,000 families in 2011 and now we have 18,000.

T: I imagine you have to say no sometimes. Is it hard to say no?

AM: No. It is very easy. I am going back to the model of operation for our foundation because it is important. The first concept was active philanthropy. The second concept is synergy. That means every program we do needs to help other programs. We don’t like to help projects that are stand-alone and have no impact on anything else. We are looking for partnerships. We are looking for ways to make stronger relationships between organizations and to be creating a force multiplier so that one plus one equals five. … And the last [concept] is life pass. … Life pass impact means we don’t want to shoot and do one program here and one program there. We want to impact the life of our next generation, our young generation, in a systematic way. We have programs for every age group. The programs that we support are going from age 2 to age 40.

T: You have a pretty robust presence on social media, including nearly 40,000 Twitter followers.

AM: In general, anything I do I want to be good at. About two years ago, I was introduced to Twitter as a way to reach a wider audience of younger people. I decided to experiment with it. I think what it does is expand our circle of friends and partners, people reaching me from all corners of the world with ideas.

T: It seems like you really enjoy your role as a philanthropist.

AM: Yes. I am really very lucky to be in this situation. I have the resources to do whatever I want. If I want to sponsor something, I don’t have to look for money. I have enough experience with what works and what doesn’t work. I have enough connection with other organizations to see how it helps everybody. I am in a situation where I can really make an impact. For me it’s easy, but I think I am very fortunate to be there.