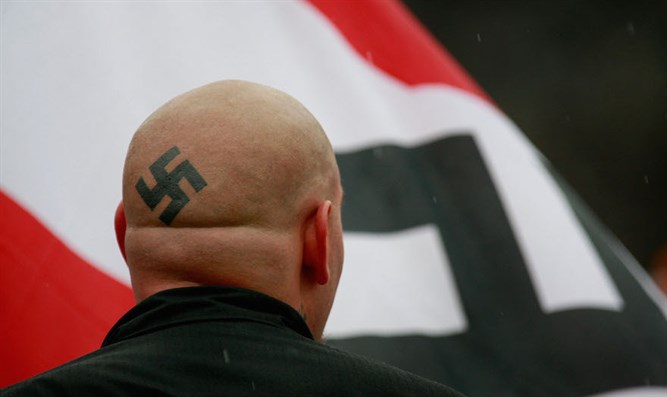 This article was originally published in Arutz Sheva on July 17, 2019.

Today, anti-Semitism comes not only from the far-right but from the far-left and radical Islam as well. How should Jews respond?

There’s no denying it: anti-Semitism is on the rise in the U.S. and around the world. From swastikas on UK universities to the attack on Rabbi Shlomo Tawil in Argentina to accusations of dual loyalty in the Halls of the American Congress, anti-Semitism is resurging faster and more aggressively than we’ve seen in generations. As a community, we must come together to defeat it before it’s too late.

As Jews, we’ve lived with the threat of radical groups trying to eradicate our people for centuries. But today, we are faced with a new challenge and a new kind of anti-Semitism.

Today’s antisemitism manifests as a three-headed monster that spews its vile bigotry through the radical Right, the radical Left, and radical Islam. Each one of these hateful groups hate Jews for different reasons, but they all pose a real threat not only to Jewish people and to Israel, but also to the US and the Western world. To fight these groups, we first need to understand who they are and what their goals are.

In recent years, North America has joined Europe in witnessing a growing alliance between radical Muslims and radical leftists. Radical Muslims stone women and detest feminism, execute gays, systemically oppress minorities, and disregard basic human rights. On paper, the radical left should be appalled by this ideology, but these unlikely allies turn a blind eye to the tyrants of radical Islam because they share a common hatred for Western influence in the world, pluralistic nationalism, and Jewish power.

This isn’t the first time. The Grand Mufti of Jerusalem al-Husseini conspired with Hitler less than 80 years ago. Today, the rhetoric of neo-Nazis and radical Muslims echo one another as both groups continue to spew hateful conspiracy theories and centuries-old anti-Semitic tropes.

The only way to defeat this three-headed monster is to put aside our internal political differences and band together as proud, courageous Jews.

But how? The struggle is two-fold.

First, we must put aside our own political differences and fight the alarming encroachment of anti-Semitism from the extreme fringes of our politics into the mainstream. We must be vigilant, calling out anti-Semitism wherever we see it. We must also educate the public about the dangerous and insidious nature of seemingly minor anti-Semitic comments. We must call out hate wherever we hear it, whether it’s spewed by Louis Farrakhan, Rep. Rashida Tlaib or David Duke.

Second, we must learn all we can about those who seek to destroy us. That means investing in research capabilities and drawing on the latest technology to uncover the anti-Semitic networks online and off. Then, we must use this knowledge to expose their unlawful activities and better protect our Jewish institutions in partnership with law enforcement.

In doing so, we can stop attacks before they occur. For too long we have behaved as if anti-Semitism is merely distasteful, but not a danger. Today, that danger is real. The deadly attacks on synagogues in Pittsburgh and Poway – and the resurgence of anti-Semitic attacks around the world – make the stakes clear for us all. Anyone who exhibits or espouses anti-Semitism must be immediately called out and held accountable.

Together, as a global Jewish community, we can band together to fight those who seek to destroy us. Jews today are not powerless. We do not have to suffer in silence. Unlike Jewish communities in the past, we have human and civil rights, and the ability to fight back.

We are a proud people with a long memory, and lucky to live in a time with a strong and thriving Jewish state. We no longer have to be afraid and passive. We must switch from defense to offense. To defeat anti-Semitism, we must be proactive and fight this head-on. If we don’t, history shows that the results could be catastrophic.

Despite years of persecution, a few things have always kept us strong: our beliefs, our values, our culture, our history – and over the last 71 years, our Jewish homeland, the State of Israel.

History has shown that anti-Semitism does not discriminate. As novelist Norman Mailer once said, “When the time comes, they won’t ask what kind of a Jew you are.” Nobody asked the innocent Israelis stabbed on the streets of Jerusalem. Nobody asked the congregants in Pittsburgh or Poway.

When we see anti-Semites acting out their hateful bigotry, we are confronted with a choice: do we condemn the evil and hope for the best? Do we turn our backs on the future of our people and allow history to repeat itself? Or do we fight back?

Adam Milstein and his wife Gila co-founded the Adam and Gila Milstein Family Foundation, providing charitable and philanthropic services to a wide range of organizations to strengthen the Jewish people, the State of Israel, and the U.S.-Israel relationship. Adam sits on the board of several national organizations such as StandWithUs, Stand by Me, and the Israeli-American Council (IAC). Adam is a “philanthropreneur,” and dedicates his time and energy toward pro-Israel and pro-American causes that fight hate, antisemitism, and bigotry on college campuses and beyond. As an active philanthropist on social media, Adam has been included in JTA’s 2019 ‘50 Jews Everyone Should Follow on Twitter,’ Richtopia’s ‘2018 100 Most Influential Philanthropists Globally’ and their ‘2017 200 Most Influential Philanthropists and Social Entrepreneurs’, The Jerusalem Post’s ‘50 Most Influential Jews of 2016’, JTA’s ‘25 Most Influential People on Jewish Twitter of 2016’, and The Algemeiner’s ‘Top 100 People Positively Influencing Jewish Life in 2015’.