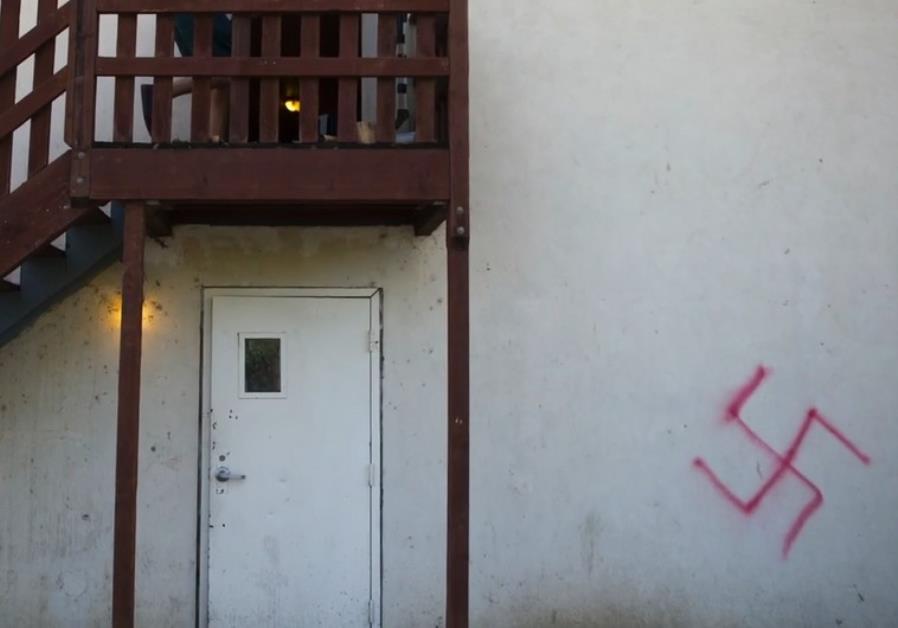 Written by Adam Milstein, as featured in the Jerusalem Post

ISRAEL AND THE JEWISH PEOPLE ARE NOT NECESSARILY THE ULTIMATE OBJECTIVES OF THEIR CAMPAIGNS, BUT IT’S MORE CONVENIENT FOR THEM TO START WITH THE JEWS.

For thousands of years Jews have been targeted, persecuted and hated for a range of irrational and paradoxical reasons. We have been blamed for the crucifixion and killing of Jesus, even though Jesus was a Jew. We have been hated for maintaining our distinct Jewish identity – and, when we do assimilate, for threatening the racial purity of the society where we live. We have been criticized as pacifists and as warmongers, as capitalist exploiters and as revolutionary communists.

During World War II, the Nazis and their allies exploited this age-old hatred to carry out the Holocaust, systematically murdering six million Jews, while others around the world didn’t act, or couldn’t act to prevent this horror from taking place.
In recent years, we have seen a clear resurgence of antisemitism in nations where many thought it had been confined forever to the margins of society. Antisemitism in Europe is at its highest levels since immediately before the Holocaust. According to the ADL, around a quarter of Western Europeans are anti-Semitic.

Jewish immigration from Western Europe to Israel reached an all-time high in 2015 – and a third of European Jews are thinking of emigrating, according to the European Jewish Congress, mainly because of the rise in antisemitism.

The antisemitism surging in Europe has also begun to wash up the shores of America. Last year, there was a 50 percent rise in violent anti-Semitic attacks in the United States. Today Jews are the largest target of religious hate crimes in America, accounting for 60% of those reported.

American college campuses, where anti-Semitic incidents doubled in the past year, have become an epicenter for this activity. For the past 15 years, the radical Left has joined forces with radical Islamic groups to promote the anti-Israel Boycott, Divestment, and Sanctions movement commonly referred to as BDS. BDS spreads vile anti-Semitic stereotypes, demonizing the Jewish state in the same way that bigots have long demonized the Jewish people.

The BDS movement takes a page from a centuries-old playbook, advocating for boycotts of Israel in the same way that anti-Semites advanced boycotts of Jewish businesses and pogroms in Europe throughout the 19th and 20th century. In the US, the same boycotts were advanced by Nazi supporters led by Father Charles Coughlin in the late 1930s.

BDS groups are targeting and harassing Jewish and pro-Israel students on both sides of the political spectrum. Students have a difficult time speaking out against these hate groups for fear of becoming targets.

In many cases, BDS has found willing allies among faculty and sometimes, in university administrations.

Yet, we have seen that antisemitism like this is not just confined to the Left or to radical Islamists.

On the Right, America’s current presidential campaign has brought new visibility to the growing “alt-right” movement, which has coordinated attacks against Jews on social media channels, generated anti-Semitic memes and reintroduced anti-Semitic epithets that had nearly left the American lexicon. The use of triple parentheses “((()))” to indicate the Jewish heritage of journalists and activists reiterates the age-old lie that Jews control the world through a secret network of power.

For the first time, young Jews are experiencing the antisemitism much more familiar to their parents and grandparents, and it’s emanating simultaneously from the far Left, radical Islam and the far Right. The Jewish-American community and the pro-Israel community – liberals and conservatives alike – need to unite to fight this frightening phenomenon.

For these radicals, antisemitism is a glue that holds together the coalitions that form their hate movement.

Israel and the Jewish people are not necessarily the ultimate objectives of their campaigns, but it’s more convenient for them to start with the Jews.

History shows that the hate that begins with Jews never ends with Jews. Hitler wanted to get rid of the Jews of Europe, and while he killed six million Jews, an estimated 60 million people died in the war that he caused. While the new antisemitism today tends to manifest itself as opposition to Zionism and the State of Israel, the proponents of BDS also promote an ideology that is virulently anti-American and anti-Western.

In an op-ed for the International Socialist Review titled “Palestine, BDS, and the battle against US imperialism,” Purdue University professor Bill Mullen, one of the BDS leaders who lobbied the American Studies Association to adopt a boycott of Israel, writes, “We can build a still-stronger BDS movement beginning in the name of Palestinian freedom and ending in a permanent blow against American empire.”

Another professor, Hatem Bazian of Berkeley, the founder of Students for Justice in Palestine, also called for an armed insurgency or an intifada in the United States, a call to action that was nothing short of inciting violence against the American people.

So what to do in the face of these developments? First and foremost, we need to be united – both the American Right and the Left; Jews, Christians, Hindus, Muslims, and atheists – to fight against these forces. We need to call out antisemitism when it rears its ugly head no matter which political ideology it uses to mask its hate.

And we must make clear that while these hate groups may begin with the Jews, their campaign will never end with the Jews.

Winston Churchill said, “The farther back you can look, the farther forward you are likely to see.” So it goes with antisemitism. This hate is nothing new – and neither is our failure to recognize this danger.

We Jews must know our history, be proud of our heritage and teach our children the importance of supporting Israel. And we must stand together with non-Jews in America, helping them to recognize that the rise of antisemitism is not just a danger for the Jewish people, but an existential threat for us all.
The writer is an Israeli-American philanthropist, national chairman of the Israeli-American Council, real estate entrepreneur and president of the Adam and Gila Milstein Family Foundation.