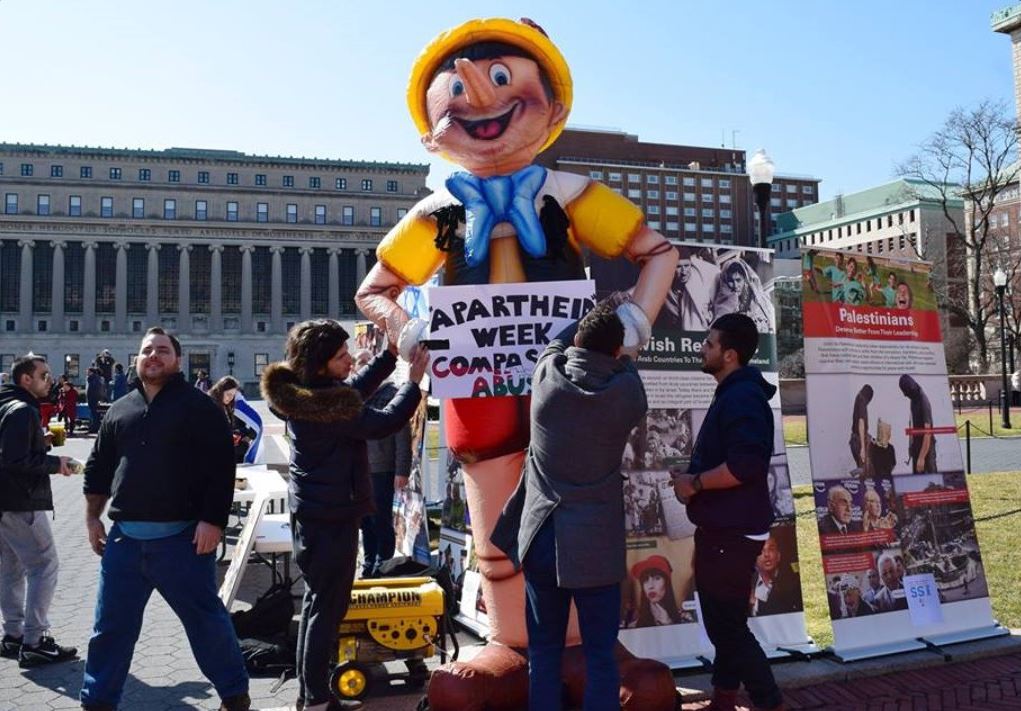 Over the past several years, the harassment and intimidation that the Boycott, Divestment, and Sanctions (BDS) groups have brought to America’s college campuses have grown by leaps and bounds. For years, many worthy Jewish and pro-Israel organizations worked to counter this hate, but the problem has only seemed to grow worse.

At UCLA, a Jewish student was almost prevented from joining the student government’s Judicial Board following accusations that her Jewish identity meant she had dual loyalties. At Stanford, a young Jewish woman running for the Student Senate was subjected to a barrage of hostility due to her open support for Israel. At Harvard, Israel’s former foreign minister was derided as “smelly” by a student in a public lecture.

Incidents of physical assaults on AEPI Houses and Jewish students across campuses continue to increase.

On campus and off, we would hear about massive, nationally coordinated, well-funded and professionally organized anti-Israel hate groups staging events and demonstrations, which easily outmatched the small counter-protests organized by local pro-Israel activists.

While many praise the few activists who bravely stood up for Israel, no one seemed to ask why more courageous students didn’t show up to counter BDS.

The fact is that our pro-Israel students are often David against Goliath. The BDS groups are organized by professional agitators on campus – most often doctoral students who are paid to stay on campus for decades for the sole purpose of running anti-Israel campaigns and local Student for Justice in Palestine (SJP) chapters. They are supported by a national SJP organization with close to 200 chapters, and support organizations flooded with outside and international funds, such as Palestine Legal.

The problem has not been a lack of support for Israel in America. Pro-Israel conferences and events draw tens of thousands of attendees from all over the country, and millions of Americans are supportive of the State of Israel. Rather, it has been a lack of organizations with a national reach and a grassroots presence on campus with the courage, motivation, know-how, and boots on the ground to be effective.

Some of that changed five years ago, with the founding of a then-small group of pro-Israel student activists at the University of Minnesota: Students Supporting Israel (SSI). SSI was created organically by students who were sick and tired standing idly by as Israel was demonized on their campus. Some of the students were not Jewish, but they all shared unwavering support for the Jewish state and a unique courage to defend it.

Their plan was simple: create a grassroots group that could bring together all the supporters of Israel, of all races and religions, by connecting them on the most basic level with the pure idea of Zionism – that the Jewish People have the right to sovereignty and self-determination in their ancestral homeland.

An idea that – regardless of one’s political camp or cultural background – is hard to object to if not for bias and double standards.

And so, with a dedicated army of advocates, SSI began operating on the University of Minnesota campus. Members of the group became so involved with campus activism that from time to time, 10% of those in student government were also members of SSI. A major turning point came when, for the first time, the student government passed a pro-Israel resolution suggested by its members. This move was revolutionary in light of the many BDS bills that were being considered around the country, and in an environment where pro-Israel groups traditionally worked on reactive campaigns, rather than proactive ones.

Following that first groundbreaking resolution, SSI started adding more chapters across the country, replicating the Minnesota model for proactive grassroots work on campus. With its unapologetically pro-Israel message and committed members who proudly engaged in conversation and build coalitions outside their comfort zone, SSI rapidly grew to include nearly 20 chapters nationwide in only its second year of operation.

When SJP erected an apartheid wall at Columbia University, for example, SSI was there with a taller display right across the street. Returning the following year with its own new campaign, “Hebrew Liberation Week,” SSI completely took the attention from SJP.

Coming into existence during a time when the traditional pro-Israel camp often avoided pressing topics and opted instead to simply showcase Israel’s culture with some hummus and Israeli music, SSI brought forth programs about critical issues, including Jewish refugees from Arab lands, the significance of Jerusalem as the undivided capital of Israel, and Israel’s fight against terrorism and its standing with the American people, just to name a few.

SSI celebrated its fifth anniversary this spring. The organization’s achievements are too numerous to list in one article but include hundreds of events, thousands of students reached two national conferences and nearly 50 active chapters nationwide. SSI has put together many programs that pushed the limit of what the pro-Israel camp felt comfortable doing before.

Perhaps most telling is the relative success (or lack thereof) of the BDS campaign on college campuses where an SSI group is present. In four of these situations – each at different universities – every proposed BDS bill was defeated in student government. Even more, all eight pro-Israel resolutions that were introduced by SSI activists at these institutions passed.

With bold messaging, national coordination, a clear vision, effective leadership and passionate activists, SSI in the past five years has emerged as the organization that puts boots on the ground – and the true special forces of pro-Israel leadership.

The author is an Israeli-American philanthropist, national chairman of the Israeli- American Council, real estate entrepreneur and president of the Adam and Gila Milstein Family Foundation.