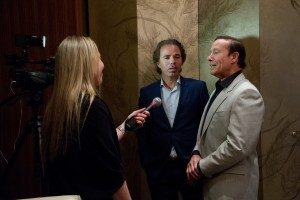 Today’s American Jewish community is a mix of Orthodox and non-Orthodox, a blend of multi-generation Americans and emigrants from modern-day Israel. A recent Pew Research release, for example, suggests that Orthodox Jews have more in common with American evangelicals than with other ethnic Jews.

As American Jews diverge on matters of faith, increasing numbers are finding unity in what Israeli American Council COO Miri Belsky calls “Israeliness.” Israeli-American philanthropists like Adam Milstein advocate for the homeland by uniting religious and secular Jews in America around their common heritage.

BDS and the New Anti-Semitism

The pro-Palestinian BDS movement has gained favor by describing itself as a non-violent alternative to intifada. But by encouraging American businesses, universities, and other organizations to sever ties with Israel, BDS has created a groundswell of anti-Semitism, particularly on college campuses.

In a region filled with regimes trampling on human rights, BDS singles out the state of Israel, the Middle East’s only functional democracy, calling for boycotts and divestment from the Israeli government and Israeli businesses. BDS advocates, according to Milstein, gain a foothold on college campuses by aligning themselves with progressive causes, like LGBT advocacy and environmental protection. “Masquerading as social justice activists, this small group of dangerous radicals has been able to brainwash large numbers of students on campus after campus,” Milstein wrote in a Jewish Journal op-ed. “[They’re] forming alliances with groups working to promote rights of minorities, women, and LGBT members.”

Because BDS allies itself with popular progressive causes, students sometimes embrace it without truly understanding the movement. They’re caught up in a herd mentality that causes them to associate being progressive with being anti-Israel. The case of UCLA sophomore Rachel Beyda demonstrates how embracing BDS without thinking critically causes even well-meaning students to drift into anti-Semitism. “The last thing [a Jewish student] will be interested in is being a pro-Israel advocate because you’re being named and harassed, intimidated, and shamed,” says Milstein. “For a young person, they just don’t want to be involved. It’s too much harassment, too much of a headache.” 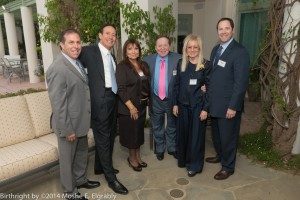 In November 2014, UCLA’s student council passed a resolution in support of the BDS movement. A few months later, when interviewing Jewish student Rachel Beyda for their Judicial Board, they asked whether her participation in Hillel and in Jewish sorority Sigma Alpha Epsilon Pi made it impossible for her to be “objective” when considering issues before the council. Four student council members voted against Beyda’s addition to the board in spite of her outstanding qualifications. They were concerned about whether Beyda’s involvement with Jewish groups might make her disloyal to the student council.

The students might not have overtly understood their anti-Semitism when they asked the questions, but their actions eerily recalled questions Jews have been asked through history about their loyalty to rulers or governments. “The overall culture of targeting Israel led to targeting Jewish students,” said Natalie Charney, student president of the UCLA chapter of Hillel.

UCLA Chancellor Gene Block called BDS influence “corrosive” and said the incident was a “teaching moment” for all involved. “To assume that every member of a group can’t be impartial or is motivated by hatred is intellectually and morally unacceptable. When hurtful stereotypes—of any group—are wielded to delegitimize others, we are all debased.

“There is no way you should be inferring people’s prejudices or their political views from their religion,” Block said in an interview. “I think this was a wakeup call, and in some sense I think [the students] were snapped out of it.”

Coming Together Around the Homeland

As a place to call home, Israel exists as a pair of bookends in the timeline of Jewish history. Between Biblical Judaism and the restoration of Israel in 1948, Jewish identity had less to do with the homeland itself as people bonded together around faith and local communities.

Milstein, whose Milstein Family Foundation supports a wide range of pro-Israeli causes, including the Israeli-American Council (IAC), believes that American Jews, even without a strong allegiance to faith, can come together around a new appreciation for their Israeli heritage. Milstein has called on his fellow Israeli Americans to strengthen ties to the Jewish community and strengthen their pro-Israel advocacy efforts.

“It’s much easier to explain Israel’s security challenges when your family lives in Sderot or you have served in the Israel Defense Forces,” Milstein says. “Instilled with our culture’s characteristic boldness, [we] can form an army of activists who are unafraid to stand up and speak out.”

Toward an Israeli Identity and Away From Helplessness

Miri Belsky says the American way of practicing Judaism centers around synagogues and religious congregations. For Jews who are drifting away from their faith, a focus on Israeli heritage and culture can become a uniting force.

Milstein is one of the central figures within the Israeli-American Council, which hosts annual Celebrate Israel festivals in Los Angeles, Boston, New York, Las Vegas, and Pembroke Pines, Fla. In Los Angeles alone, the 2015 festival drew over 15,000 attendees; in Florida, over 8,000 attended. 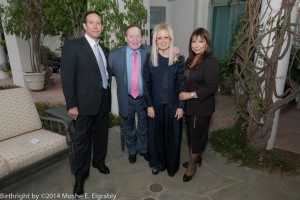 Celebrate Israel draws equal numbers of Israeli-Americans and American Jews. The Pembroke Pines festival featured a Mahane Yehuda Market designed to imitate the giant open market in downtown Jerusalem. It also featured a replica of the Wailing Wall, a deeply meaningful symbol even to non-practicing Jews.

In addition to uniting Israeli-Americans and American Jews around celebrating their cultural heritage, Milstein and the IAC have given Jews in America the chance to demonstrate real support for Israel. During last summer’s Gaza operation, IAC sent care packages and letters to Israeli soldiers. As another way to show support, they also sponsored a program called “Bring Back the Summer,” which sent Israeli soldiers who’d finished their tours to relax at a Red Sea resort in Eilat.

Milstein and others like him want philanthropic gestures like this to unite Israeli-Americans and American Jews around positive ways to support Israel. Los Angeles Jewish Community activist Tal Rubin said of the Gaza struggle, “At every gathering, there was a palpable feeling of people wishing they could do something.”

Facts on the Ground

It’s not always easy to express pro-Israel sentiment when so many Americans don’t understand what’s happening in the homeland. IAC CEO Sagi Balasha, a native of Haifa, noted that last summer, American protesters shouted slogans like “Free Gaza” because they didn’t know Israel withdrew from Gaza in 2005.

According to Adam Milstein, Israeli-Americans of his generation are neglecting their duty to educate American Jews about the homeland. “Expatriate Israelis keep thinking they are going back to Israel someday,” Milstein explained. “They have to realize that they are here for good. As the saying goes, they’re sitting on their suitcases. They don’t realize that they are actually sitting on a time bomb.”

The challenge Israeli-Americans face, says Milstein, is that unlike many American Jews, they have no religious infrastructure to pass on to their children. Also, the cost of joining a synagogue deters many Jewish young adults from becoming members of religious congregations. Milstein and his family founded Sifriyat Pijama B’America to give young Jewish children in America the chance to receive high-quality Hebrew books for free. Milstein hopes that when parents read classic Hebrew stories to their children, the tales and tongue of the homeland will woo them back to the Jewish community.

By uniting both religious and secular Jews in America around Israeli heritage, Milstein is working to preserve the future of the homeland he left. He hopes other members of the yerida, the Israeli-Americans who’ve moved away from Israel, will join him in his quest.

“Adam is strategic and he has become a tremendous role model for other philanthropists to follow,” says Roz Rothstein, CEO of the pro-Israel education group StandWithUs. “He is a good listener who recognizes the strengths of each organization and helps bring organizations together for the greater good of Israel and the Jewish people.”