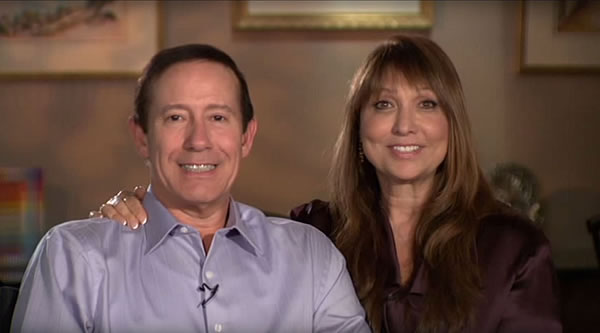 In 2011, Israeli-American real estate investor and philanthropist Adam Milstein spoke to a gathering of Alpha Epsilon Pi (AEPi). After an introduction from his son-in-law, who jokingly called him “the Israeli Donald Trump,” Milstein shared his life lessons for success.

Most of his speech focused on one Talmud verse: Pirkei Avot (Ethics of Fathers) 4:1. In this passage, ancient Jewish scholar Simeon ben Zoma discusses four principles for living well. The guidance Milstein shared to AEPi offers much wisdom both to Jews and non-Jews. They aren’t just words Adam Milstein says; they’re principles validated by a life well lived.

“Who is wise? He who learns from everyone. As is stated, ‘From all my teachers, I have grown wise.’” Simeon ben Zoma

“Never stop learning, no matter how old you are and how successful you are.” Adam Milstein

By the time most people are in their 50s, they assume they’ll have reached some point of arrival in terms of finances, education, career achievements, and family relationships. For Adam Milstein, his 50s were a time to relearn many things he’d forgotten, particularly related to Jewish culture and heritage.

Adam Milstein moved to the United States in 1981 and earned his MBA from the University of Southern California in 1983. He sent his daughters to Jewish day schools, but they attended a secular private high school. One day, he felt shocked to discover they had no interest in marrying Jewish men. In fact, when Adam and his wife, Gila, told them it was important to marry within the Jewish community, the girls answered with one question: “Why?”

“I didn’t have a good answer for them,” he told Rabbi Gavriel Horan for an Aish.com article. “They pointed out that I myself lived a totally secular life. Why should they do otherwise?”

Milstein decided to re-immerse himself in his Jewish heritage and identity. “At that point, I realized the only way maybe to correct my ignorance and mistake as an Israeli father was get closer to Jewish life,” he explained. He started attending Aish events in Los Angeles, where he and his family live. He sought out a teacher, beginning studies with Aish HaTorah Rabbi Dov Heller.
As he reconnected to his roots, Milstein came to a realization about Israelis living in America. His countrymen were assimilating into American life and completely losing their Jewish identities. “The parents feel they’re Jewish, even though they are completely disconnected from Jewish observance and community,” Milstein said. “Their kids, on the other hand, don’t want to be Israelis or immigrants. They want to assimilate into American culture and get as far away from their ‘foreign’ roots as possible.”

Jewishness ran on autopilot in Israel; everything followed the Jewish calendar, and holidays were celebrated by schools, businesses, and families. American Jews had synagogues and day schools for passing down their culture. Unfortunately, many Israelis, either because they couldn’t afford it or because they preferred to be frugal, chose not to join synagogues and sent their children to public school. Milstein drew on his rekindled love for Jewish heritage to galvanize his fellow Israeli-Americans into a dynamic, connected community.

Israeli-Americans, Milstein understood, could learn an important lesson from American Jews. They needed to create voluntary, self-funded communities to bind themselves together around their common heritage. Following the example of the American Jewish community and its tradition of philanthropy, Milstein and his wife Gila launched the Adam and Gila Milstein Family Foundation. The foundation not only funds a wide range of Jewish organizations but also provides hands-on guidance for research, fundraising, and setting organizational agendas.

If Milstein hadn’t opened his mind to non-Israeli traditions, he wouldn’t have had a vision for bringing Israeli-Americans together. Eventually, Milstein wants his fellow Israeli-Americans to integrate with the American Jewish community, and he hopes Israeli-Americans will shape Jewish life in America for generations to come. It’s an effort that requires ongoing learning, reflection, and initiative. “Life is a never-ending learning experience,” Milstein told AEPi, “and the inquisitive mind is never bored.”

“Who is mighty? He who controls his impulses. As is stated: ‘Better one who is slow to anger than one with might, one who rules his spirit than the captor of a city.” Simeon ben Zoma

“We are forbidden from relying on miracles. We are obligated to use our natural abilities to succeed in life.” Adam Milstein

Self-control isn’t just about regulating unhealthy habits and impulses. In the bigger picture, ruling one’s spirit includes leading an orderly life and making the most of G-d-given abilities. People who take responsibility for themselves develop healthy and effective habits, and they make decisions grounded in reason, not fear or desire.

To Adam Milstein, being mighty in business and in philanthropy is about understanding how today’s choices affect tomorrow’s outcomes. “The mistake many people, young and old, make is that they calculate their achievements, money-making, and net worth on a daily basis,” Milstein told AEPi. “They are sure to be disappointed by this approach.”

After graduating from USC, Adam Milstein stayed in America to make some money. He planned to pay back his graduate school expenses and then return to Israel. He took a job as a commercial real estate agent, through which he met Israeli investor David Hager.

Although Hager didn’t book Milstein as a listing agent, the two eventually invested in a property together. They’ve turned their disciplined investment approach into a commercial real estate portfolio exceeding $1 billion. Hager Pacific Industries has succeeded by investing in commercial buildings from which other buyers shy away. Instead of spending impulsively on premium properties, they research their investments carefully and only purchase properties they can renovate and lease for a higher price later.

For example, Milstein, Hager, and their other partner, Rob Neal, recognized the trend toward near-shoring in America, in which companies who’d built factories in China and other faraway Asian countries relocate their manufacturing operations to Mexico. Hager Pacific purchased a 16-building portfolio in McAllen and El Paso, Texas, which had been valued at $40 million before the financial crisis, for $17 million in cash. Then, they initiated a decade-long plan to renovate the properties. They plan to rent storage space to companies warehousing raw materials to transport to Mexico or businesses storing inventories of goods manufactured in Mexico.

It takes self-discipline — one who rules his spirit — to create the successes Milstein has enjoyed. It also takes self-control to seize opportunities when the mind is sidetracked by fear of failure, and to make a reasoned decision instead of waiting for a sign. “Miracles are wonderful, but cannot be relied upon,” Milstein told the AEPi audience. “If there is one thing to increase the probability of scoring really big, it’s by working hard.”

“Making money should not be our ultimate goal but just a vehicle, enabling us to do the things we aspire to do.” Adam Milstein

The Talmud instructs people to do two things for themselves: acquire a teacher and choose a friend. In addition to building a successful real estate investment firm, Milstein and Hager have built an important and lasting friendship.

Hager practices Reform Judaism and had a strong belief in ma’aser, or tithing, which means giving away 10 percent of one’s income. Years ago, he told Milstein that when he gave money, expecting nothing in return, he received 10 times more than what he gave.

After he and Hager invested in their first property together, Milstein began to imitate Hager’s way of giving. Adam and Gila Milstein now donate a large portion of their income to charity, and they also devote 50 percent of their time to philanthropy. Adam calls it “active philanthropy” because in addition to funding important causes, he also invests time in their success. “We feel that our involvement is effective,” Milstein said, “because we dedicate both time and money to our success.”

Milstein didn’t think he’d arrived when he achieved financial freedom. He knew he’d only begun to discover his calling. He started by founding the Sifriyat Pijama B’America, a program providing free storybooks written in Hebrew to preschoolers and school-aged children. He also co-founded the Israeli-America Council, a group dedicated to strengthening support for Israel within America.

In addition to funding many Jewish organizations, the Milstein Family Foundation helps organizations share research and save money by avoiding duplicate work. By doing this, each organization accomplishes more on behalf of Israel and the Jewish people. “To accumulate wealth, just for the purpose of having more and more of it is meaningless,” Milstein told AEPi. “Once we are there, and the rat race is behind us, it’s time for us to do the thing we feel is right to do. It’s time to grow personally and start giving back to the community.”

“Who is honored? He who honors everyone! As is stated: ‘For to those who honor me, I accord honor; those who scorn me shall be demeaned.’” Simeon ben Zoma

“Until our last day on Earth, we should never stop being humble. Never get so caught in chasing your own recognition that you lose sight of who you are.” Adam Milstein

In “Remember My Soul,” author Lori Palatnik tells the story of a man who went to visit his rabbi. “I don’t understand. According to the sages, I should be honored. I am living my life running from honor, and yet no one honors me.”

“That is because while you are running,” the rabbi answered, “you are always looking over your shoulder.” The man wanted to see others appreciating him and validating him instead of just doing the work ahead of him. 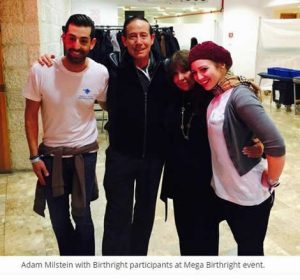 Adam Milstein learned the importance of never being overconfident as a young man in Israel. He marched with General Ariel Sharon across the Suez Canal during the Yom Kippur War. Back in 1973, the Israeli government thought they knew exactly when and where Anwar Sadat and the Egyptian army would attack. The Israeli Defense Forces suffered heavy casualties because they assumed their military might would intimidate their enemies.

As a result of his experience in the Yom Kippur War, Milstein never underestimates Israel’s opponents. “As philanthropists, Gila and I wake up each morning focused on two basic goals,” Milstein says. “To strengthen the Jewish people and strengthen the Jewish state.” In addition to lobbying for pro-Israel causes through the IAC, Milstein supports many on-campus initiatives designed to unite Jewish students behind the state of Israel.

Taglit-Birthright Israel, an organization partially funded by the Milsteins, sends young adults with at least one Israeli parent on an all-expenses-paid trip to Israel. It’s a chance for young Israeli-Americans to become familiar with a homeland they only see in a limited way when visiting relatives. “They don’t know the land of Israel,” Milstein explained to Jewish Journal. “They know the house of their grandma; they know the beach in Netanya.”

In addition to sending Israeli-American young adults to Israel, the Milsteins support AIPAC’s Campus Allies organization, which sends non-Jewish student leaders to Israel in the hopes of building support for the homeland. On campuses around the country, the Milsteins support Alpha Epsilon Pi, Hillel, and other organizations built around Jewish identity and strengthening Israel. “One of the best things about being wealthy is the ability to use one’s resources,” Milstein told AEPi, “for making the world a better place and securing the future of our next generation.”

Adam Milstein takes no time to look over his shoulder seeking validation. He’s too busy making economic and philanthropic contributions, and he encourages all Israeli-Americans and American Jews to become more active. “We don’t care whether it’s the American Jewish community or whether it’s AIPAC or whether it’s Zionists of America,” he said. “Just get active in the political circle. Get active in charity. Support politicians so that your vote will be heard.”