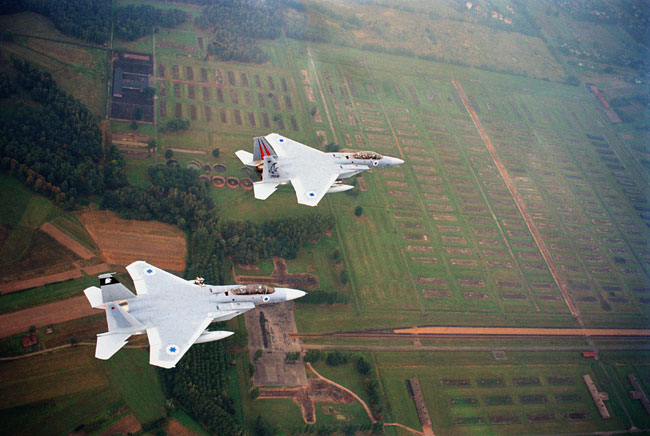 This article was originally published in the The Daily Caller on October 30, 2018.

On Saturday, we witnessed the deadliest attack on American Jews in history. Eleven members of the Tree of Life Synagogue in Pittsburgh were murdered in cold blood because they were Jewish.

Like many, I was shocked by this horror, but I was not surprised.

The Jewish people have faced the lethal threat of Anti-Semitism for thousands of years — from the ancient struggle in Egypt to the Islamic conquest in the early middle ages to the Inquisition in Spain and the pogroms in Central Europe to the Holocaust.

We live with the ever-present fear that there are many people who want to eradicate Jews.

I saw this powerfully earlier this year, when I traveled to six European countries — the Czech Republic, Poland, Lithuania, Latvia, Estonia and Germany – with 100 leading American philanthropists and scholars, and together, we tried to wrap our heads around the scope of the genocide carried out by Nazi Germany and its European collaborators.

We saw the horrific conditions suffered by the Jews in Auschwitz-Birkenau, which were built with a single purpose: to eradicate the Jewish and Roma peoples. We saw mass graves in Lithuania, Latvia, Estonia and Poland, where hundreds of thousands of Jewish families perished by firing squads because their gentile neighbors collaborated with or joined in when the German Killing Machine arrived.

At the Rumbula Forest Memorial, we paid our respects to some of the 2.4 million Jews who were killed in the Hidden Holocaust by bullets — some murdered by neighbors they had grown up alongside.

Far too many people view these places as simply historical sites, where you can learn something about the past, but nothing about the future. Up until now, many — including some within the Jewish community — couldn’t comprehend that the antisemitism that existed in Nazi Germany might happen again, especially in America. I wonder if the massacre in Pittsburgh will change their minds.

Facing these horrors up close focused our attention on the relevance of the Holocaust to our present day. How can we ensure that Never Again isn’t just a slogan, but a mindset and an action plan?

Three lessons from our journey stand out.

First, events like the Holocaust don’t happen overnight. They result from a process of systematic racism, intimidation and discrimination that lasts many years.

Antisemitism had long been present across Europe. Nazi Germany harnessed that hatred to humiliate, marginalize and weaken the Jewish people, as it prepared to unleash the largest genocide in history.

During the first six years of Hitler’s rule, more than 400 decrees and regulations boycotted, delegitimized and sanctioned (B.D.S.) all aspects of Jews’ public and private lives. Jews were dehumanized in the eyes of the public until gentiles believed genocide was a reasonable course of action.

The parallels to recent events should not be lost on us. In the last two decades, America and Europe, in particular, have seen a steady rise in antisemitism from the radical right, the radical Left and from radical Muslims. A growing alliance between radical leftists and radical Islamists has produced figures like Jeremy Corbyn, the head of the British Labour Party, who ignores and even espouses vile antisemitism.

This alliance has driven the rise of figures on the radical Right in Germany, Poland, Italy, Estonia and elsewhere, who are committed to denying the Holocaust, and trade in antisemitic stereotypes. The same alliance is definitely one of the reasons to the rise of the radical right in America.

It seems the only thing shared by all the radical movements is their hatred of the Jewish people. While European governments publicly express strong support for the importance of protecting their Jewish communities, history tells us that nothing lasts forever.

We witnessed this trend up close. In many of our meetings, European officials blamed the Holocaust solely on Germany – not the collaborationist leaders of their countries. None of these countries seemed to take ownership of their actions during the Holocaust. This denial has become public policy.

For instance, a law recently passed in Poland made it illegal to acknowledge the Polish people’s complicity in death camps, outlawing the phrase “Polish death camps.” At the same time, and some Germans — including the third largest party in the parliament — are now working to minimize the Holocaust, claiming it was a small spec of “bird poop” in their 1,000 years of glorious history.

This brings us to our second lesson: We must recognize and fight against antisemitism with all of our power whenever we encounter it.

When we don’t act, we legitimize antisemitism, allowing it to become mainstream. We become an accomplice to its growth and influence.

Before and during World War II, Jewish communities across Europe cried out for help. World powers were overwhelmingly silent. Jews trying to flee were turned away by countries across Europe and the Americas, with Britain blocking immigration to what is now Israel.

Unfortunately, some Jewish communities in Europe and elsewhere now downplay or even ignore the dangers the Jewish people face. We found this in some of our conversations with European-Jewish leaders, who expressed their unwavering confidence in their local government’s willingness and ability to protect them.

Jews in America today have the power to stand up and fight back against the antisemites. We should use this power now — before it’s no longer available. Standing up in unity and fighting back are two different causes of action and we need both.

This brings us to our third lesson. We must support Israel, the homeland of the Jewish people and ultimate insurance policy for all Jews.

Israel did not exist during the time of the Holocaust. It has already saved millions of Jews fleeing antisemitism around the world. In its infancy, Israel accepted Holocaust survivors from displaced persons camps. It launched countless operations to save Jews facing existential threats across the Middle East, North Africa, Asia and Europe.

In the 90s, the Jewish homeland welcomed approximately 1.6 million Jews from the former Soviet Union and Ethiopia, who had endured harsh antisemitism and hatred. More recently, rising antisemitism in Venezuela brought over half of the country’s Jews to Israel.

Israel has changed the game when it comes to the security of the Jewish people. This point was driven home for us during the trip by Maj. General Amir Eshel — the former commander of the Israel Air Force, who accompanied us to Auschwitz. In 2003, Eshel led a squadron of IAF F-15s in a flyover of Auschwitz, issuing an eternal promise from the cockpit that the IDF is “the shield of the Jewish people and its nation, Israel.”

Following the murder of helpless Jews in Pittsburgh, I was shocked and outraged to hear American Jewish leaders blaming Israel for the rise of antisemitsm in America and encourage Israeli public officials not to come to the memorial events.

How can Jewish leaders betray the only Jewish Country in world, which is the ultimate source of confidence and security for the Jewish future?

Remembering the Holocaust is not enough. We must turn the tragedies of the past into lessons for the future. Nothing less than the continuation of the Jewish people is at stake. It’s in our hands to ensure that Never Again really means Never Again.

The views and opinions expressed in this commentary are those of the author and do not reflect the official position of The Daily Caller.