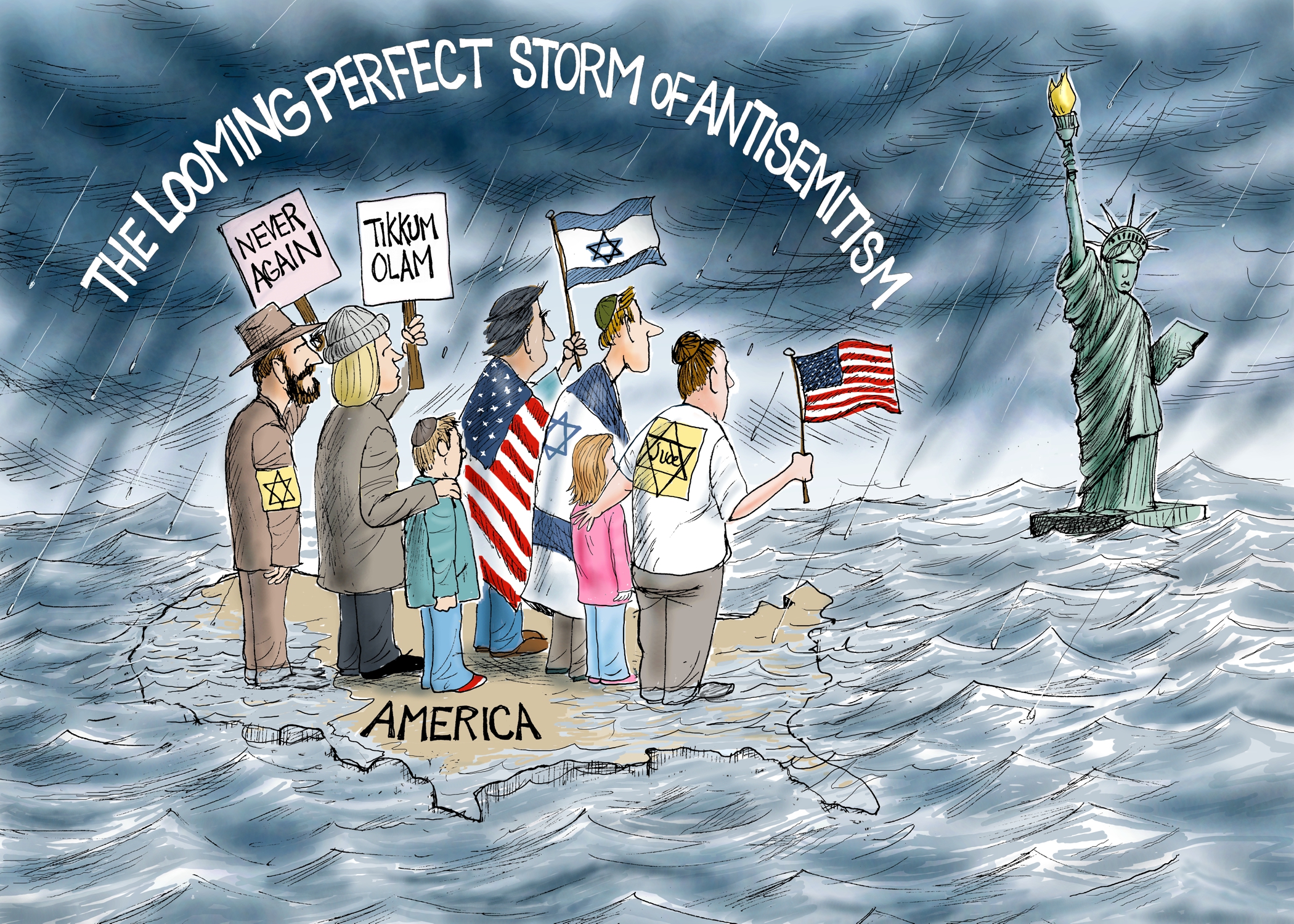 Jew-hatred, also described as antisemitism, is becoming mainstream in America.

This article was originally published in the Jerusalem Post on September 4, 2019.

Jew-hatred, also described as antisemitism, is becoming mainstream in America.

Jewish university students are under constant attack for expressing any support for Israel. Radical activists are working to insert anti-Israel and antisemitic ideas into curricula to indoctrinate high school students. America’s Congressional delegation now includes representatives of the Islamo-leftist alliance, who are driven to demonize Israel and spread age-old antisemitic stereotypes. Radical antisemites are growing bolder, less censored and less afraid to share their hateful views with the world through digital and social media.

In the decades following the Holocaust, “Never Again” was repeated by millions who had no idea they needed to do something about it. Somehow, in front of our eyes, “Never Again” is becoming “Again and Again” as radical movements that threaten all Americans but are united in their hatred towards Jews, are growing stronger in broad daylight.

Antisemitism is growing, but it’s going to get much worse. A perfect storm of circumstances is elevating the dangers significantly. Jew-haters are taking advantage of the radicalization of our society, utilizing the biased mainstream and social media to amplify their message and enjoy unparalleled access to weapons to attack our communities in frightening ways.

How did we get to this place?

Jew-hating looks different today than it did in the past. In medieval times, people hated Jews because of their religion. In the 20th century, Nazism viewed Jews as a race to be eradicated. Today, the new-antisemitism, fueled by the Boycott, Divestment and Sanctions (BDS) movement, is disguised as hatred towards Israel – the only Jewish State in the world.

However, with the assistance of many useful idiots, some of them Jews, the BDS movement promotes hatred toward all Jews globally, radicalizes all the extreme movements and promotes violence against Jews and other minorities.

With new allies across the political spectrum, Jew-haters have found friends in unlikely places. Antisemitism no longer comes from fringe groups. Instead, an alliance of Jew-haters has been forged by the radical left, radical Muslims, and the radical right. This three-headed monster of bigotry is best exemplified in the unlikely alliance between David Duke and Ilhan Omar.

Antisemites today also enjoy an unparalleled ability to amplify their hateful ideas through biased news articles and social media, and niche channels to billions of people at the click of a button. This ranges from antisemitic lies on mainstream media to posts on Facebook, YouTube, and Twitter which celebrate attacks against Jews and threatened violence.

The easy access to weapons has already facilitated two mass attacks against Jews in Pittsburgh and Poway, and many more attacks on the American people: Gilroy, El-Paso, Dayton and Midland, TX. Every week someone is ready to commit yet another act of domestic terrorism and in the inevitable gun assaults that will spread in our country, Jews are going to continue to be disproportionately targeted.

The threat we face is a danger not only to Jews to but all Americans as it threatens to undermine and destroy the freedoms of religion, liberty, prosperity, and security that we all hold dear. We must do everything in our power to stop this enormous storm before it swallows America whole. There is still time to turn the tide back to protect the Jewish people and safeguard American values.

What can each of us do to stop it?

Combating hate starts with accepting personal responsibility and changing our approach from defense to offense. For years, our strategy to defeat antisemitism was purely reactive and defensive, relying entirely on others to protect us. The fact that Jew-hating continues to rise has proven how much our existing methods failed us. We must do more and differently. We must get personally involved, go on the offensive and deploy out-of-the-box strategies.

Second, we must do a better job harnessing our community’s strength to protect ourselves. We are the single most successful immigrant community in U.S. history, and we should not hesitate to leverage our position to fight Jew-hating. Our leadership, resources, and influence have the potential to become a real game-changer in putting Jew-haters on the defensive.

Third, it’s a rare time in history where our enemies are the enemies of so many other communities. We must embrace our allies and build a broad coalition to fight Jew-hating and other forms of bigotry. We must become active partners in the coalitions that are fighting hate, bigotry, and racism in America. After all, antisemitism is not only a Jewish problem; it’s also an American problem.

As we go on the offense, we must secure the resources to support and expand strategies and tools developed to fight back and put Jew-haters on defense, including to familiarize ourselves with the bad actors’ finances, agendas, goals and objectives, networks and future plans.

Financial resources should be invested in developing research that will enable us to combat Jew-hatred by naming and shaming antisemites, exposing their illegal activities, their violent plans, and promptly alert the authorities and the media.

We must financially support organizations who go on the offensive against Jew-haters; use out of the box strategies and who are willing to collaborate and work synergistically to force multiply our efforts.

StopAntisemitism.org, for example, monitors Jew-hatred on the ground, on digital and social media, and leverages an unmatched technology to develop communication channels through which they engage Americans to report Jew-hatred alerts and incidents, and develop actionable strategies to counter and prevent hate and violence

Though a perfect storm of antisemitism of the worst kind is looming, we should not be seeking shelter. It’s time we work with allies and fight back at all cost. When it comes to Jew-hating, we can’t be passive and risk-averse any longer. It’s time to make the jump from defense to offense. Let’s think outside-of-the-box. Let’s act affirmatively. Let’s make an impact.

Adam Milstein is an Israeli-American active philanthropist. He can be reached at [email protected], on Twitter @AdamMilstein, and on Facebook www.facebook.com/AdamMilsteinCP.