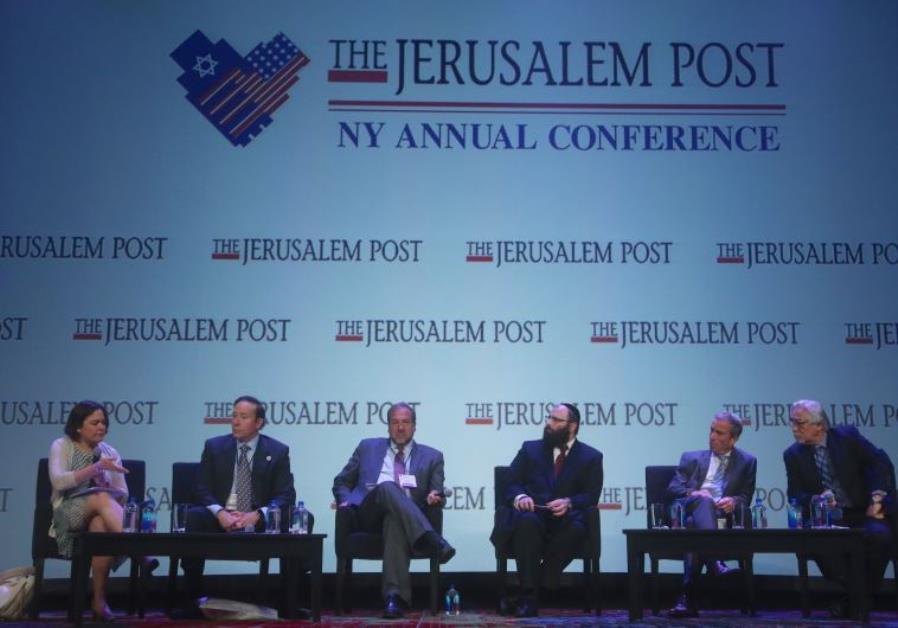 Jewish and pro-Israel communities should be on the offensive when it comes to fighting BDS, chairman of the Israeli-American Council Adam Milstein said at the Jerusalem Post Annual Conference.

“BDS is a movement to eradicate the State of Israel, pure and simple,” Adam Milstein told the audience.

He said the movement is becoming a source of renewed anti-Semitism in the United States.

“You have to fight fire with fire. We can’t be silent, we can’t be politically correct,” he added. “There is no way we can have a dialogue and a discourse with people who want to eradicate us. We need to be on the offense, attack the attackers, boycott the boycotters.”

Milstein spoke at a panel entitled “The future of the Jewish people and the war against BDS,” which was moderated by Column One writer Caroline Glick, and included the participation of International Fellowship of Christians and Jews President Rabbi Yechiel Eckstein, Director of the European Jewish Association Rabbi Menachem Margolin, MK Elazar Stern and CEO of the Harry Triguboff Institute Shalom Norman.

Milstein also spoke about the presence of BDS on US campuses and called students supporting the movement, including the organization Students for Justice in Palestine, “Hamas on campus.”

“The cancer is not just out there on US campuses, but it’s also here within us,” he added.

“It’s not going away, it’s only getting stronger and stronger and it’s incorporating now Jewish students as well.”

Eckstein said he believes the Jewish community is “making a serious mistake” by trying to fight BDS alone.

“We can’t do it alone,” he said. “The way to fight the BDS movement long term is to build strategic alliances and friendships.”

He explained the Christian community as well as other non-Jewish communities have the potential to greatly contribute to the fight.

Margolin told the audience that in Europe “BDS is not just a way to attack Israel, it is a way to attack Jewish people,” and fighting the movement is necessary in order to ensure the security of European Jews.

While he agreed that the fight against BDS is important, Stern said he believes it is a “temporary challenge” raised by the Israeli government in order “not to fight the real challenge of the future of the Jewish people.”

Stern said that “if we continue to present our kids in Israel and our kids here with an equation according to which having a Jewish state is to put as many obstacles as you can in the conversion process, and exclude women from the right to elect the chief rabbinate,” their connection to the state will not last. This constitutes the main threat to Israel.