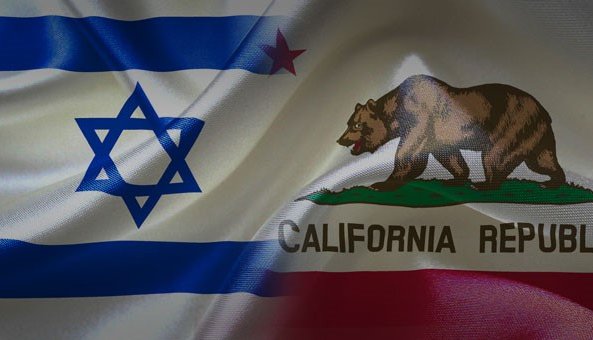 Like many with hyphenated identities, Israeli-Americans have proven to be uniquely capable bridge builders. In recent years, the Israeli-American Council (IAC), and its partner advocacy organization, the Israeli-American Nexus (IAX), have been able to tap into our community’s unique fluency in both the Israeli and American cultures to build unprecedented partnerships between the people and governments of Israel and the United States. As Chairman of the IAC, I take great pride in the many ways that we are bringing together our two countries by sharing solutions that address our mutual challenges.

This week, the IAC will take an important step forward with this work, as it sponsors a groundbreaking tour to Israel for public and private sector leaders in California’s agricultural sector, including Karen Ross, head of the California Department of Food and Agriculture, and Craig McNamara, President of the California State Board of Food and Agriculture. Sixteen California leaders will spend a week travelling across the Jewish state, learning about Israel’s cutting-edge farming practices, which have enabled the country to become an agri-tech superpower in a land that was known a century ago for swamps in the north, deserts in the south, and very little water anywhere.

The IAC has helped them to build an itinerary jam-packed with agri-tech and innovation. Top scientists at the Israeli Ministry of Agriculture’s research center will present advancements in cultivating specific crops like wheat and citrus, along with new technologies, like using energy-efficient greenhouses to control humidity or using drones to detect pests. California leaders will also tour Israeli organic farms – and see the facilities of companies that have created plant-breeding techniques, such as a non-GMO start-up that drastically increases plant productivity, as well as ones that pioneered drip technology manufacturing and implementation.

Southern California is in its fourth consecutive year of a severe drought. It can no longer rely on its traditional sources of water of rain and snow from the Sierra Nevada mountain range for its growing population of nearly 23 million. The California delegation will tour Israel in search of solutions to these challenges. They will meet with experts at Israel’s National Water Company to learn how the country has put in place next generation technology and drastically reduced water waste. They will tour Jerusalem’s water supply company, visit a cutting-edge research center created by Ben Gurion University, and meet with representatives at the Society for the Protection of Nature in Israel, who will present the technicalities of their water conservation efforts and explain how they work to protect natural resources, safeguard the environment, and maintain biodiversity.

This trip builds on a wave of success in increasing collaboration between the U.S. and Israel, which has advanced rapidly since 2014, when Israeli Prime Minister Benjamin Netanyahu and California Governor Jerry Brown signed a Memorandum of Understanding (MOU) to accelerate this collaborative innovation between the two states. Driven by the leadership of Israel’s Consul General in the Southwest David Siegel, and a range of partners, including the IAC and the IAX, we are translating the spirit of the MOU into tangible outcomes on the ground.

Together, the IAC and the Israeli Consulate helped to facilitate a landmark agreement between the California Institute of Regenerative Medicine and Israel’s Ministry Science, Technology and Space to advance U.S.-Israel collaboration in stem cell research. It built on another agreement between West Hollywood and Israel, which has formed a first-of-its kind HIV/AIDS Task Force. Similarly, the IAC supported a landmark partnership agreement between Beverly Hills and Israel that will spur collaboration in a range of areas – from water conservation, cyber security, and public safety, to education and culture.

And just this month, the IAC helped to bring together the Southern California Association of Governments (SCAG) with the Federation of Local Authorities (MASHAM) in Israel, who signed a partnership agreement that will deepen the relationship between more than 250 municipal governments in Israel and the members of SCAG, which includes municipal governments stretching across 191 cities in six counties. This partnership will foster research collaboration and enable the sharing of strategies in areas of mutual interest in urban development, safe cities, community diversity, and in particular, on sustainability projects, such as water conservation and sourcing alternative energy.

I’m confident that we are just seeing the tip of the iceberg in terms of potential collaboration between these two entities. By combining resources, sharing knowledge, and exchanging expertise, California and Israel – two hubs of exceptional innovation – can advance solutions together that address their mutual challenges, while changing the world in the process. The Israeli-American community is proud to serve as a bridge to make this collaboration possible.

Adam Milstein is the Chairman of the Israeli-American Council.