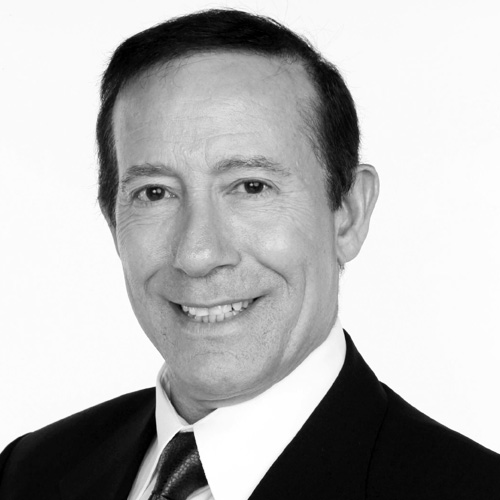 This article was originally posted on The Huffington Post

A campaign of hate is sweeping across our country. The Boycott, Divestment, and Sanctions (BDS) Movement – advancing an agenda to demonize the Jewish people and destroy the State of Israel – is moving from the fringes of our society and into the mainstream. Churches, labor unions, and associations have voted to divest from Israeli companies. In the past year alone, more than 30 student governments at American universities have considered resolutions calling for divestment from the State of Israel. More than a dozen academic trade associations have followed suit, voting to prevent their members from making any contact with Israeli institutions of higher education, preventing the free exchange of information and infringing on academic freedom.

Those that believe this is just an issue for Israel or the Jewish community are sorely mistaken. These developments endanger the future of America. Like a wildfire spreading out of control, BDS is a menace that must be contained today, before it alters our society’s moral compass and threatens the values and freedoms at the heart of our very way of life.

What’s the big deal about BDS? In short, what it teaches and what it seeks.

What does it teach? Growing legions of Americans are now being brainwashed by BDS to join an attack on the Middle East’s only oasis of democracy and human rights, while turning a blind eye to the brutal dictators and terrorists that dominate the rest of the region. Iran hangs gays and tortures political dissidents. ISIS enslaves young girls and murders minorities. The Assad regime is responsible for the slaughter of 500,000 civilians. Lebanon brutally oppresses Palestinians, denying them the right to own land or become lawyers and doctors. Yet, in the warped moral universe of BDS, none of these of abuses merit mention, while Israel’s vibrant democracy – which shares our values, advances our interests, and safeguards the rights of women, gays, minorities – is public enemy number one.

What does BDS seek? This Movement wants to do much more than boycott Israel. It seeks to destroy it. BDS co-founder Omar Barghouti, has said publicly that he’s working for Israel’s “euthanasia”. The maps that BDS groups publish of the region make this clear, depicting a single Palestinian state that extends from the Jordan river to the Mediterranean Sea, with no trace of Israel.

Yet, many fail to recognize that those driving the BDS agenda have ambitions that extend well beyond Israel. For them, Israel is the small Satan. America is the big Satan. They hate America’s belief in individual liberties and democracy, our capitalist system, and our influence around the world.

In the wake of BDS, we have seen other resolutions to remove the American Flag at UC Irvine and to cancel the 9/11 commemoration at the University of Minnesota.

Hatem Bazian, the founder of the largest on-campus BDS organization – Students for Justice in Palestine – has called for a violent uprising – in his words “an Intifada”, here in America against the United States. Like many other BDS leaders, Bazian has been connected to a range of groups shut down by the Justice Department for raising money on behalf of the Hamas terrorist organization and other radical Islamist groups.

It should be no surprise that the leading BDS activists are fundraisers and cheerleaders for terrorists. The top-listed signatory on the foundational document for today’s BDS Movement – a declaration issued in 2005 – is the Council of National and Islamic Forces in Palestine, which includes representatives of terrorist organizations such as Hamas and Palestinian Islamic Jihad.

The acceptance of these groups as legitimate voices in public discourse is dangerous. Those who justify suicide bombings in Tel Aviv or stabbings in Jerusalem, also find reasons to endorse the brutal murder of American civilians in the World Trade Center, the stabbing of students at UC Merced and innocents in London, and bombing of commuters on trains in Spain and tourists on a Russian airliner in Egypt. Indeed, the same radical Islamist groups that staged violent anti-Israel protests on the streets of Europe in the summer of 2014 have provided fertile ground for ISIS and others to recruit the terrorists that have committed recent wave of attacks in Brussels, Paris, London, Chattanooga, Tennessee, and San Bernardino, California, which have claimed hundreds of lives.

The Jewish people have come to learn that when we are targeted with economic sanctions, much more dangerous things are often on the horizon – and the consequences often extend well beyond our community.

Germany staged economic boycotts of all Jewish businesses before Hitler and the Nazis sent the Jews of Europe to death camps. More than 60 million people died in the war that followed.

The Tsarist Government in Russia issued the “May Laws” – which imposed severe economic sanctions on the Russian Jewish population – in the years before Jews were mass murdered in pogroms across the country. Nine million died in the Russian civil war that followed.

The Arab League had an official boycott on Jewish-owned businesses many years before the vast majority of Jews in Arab Lands were systematically expelled or murdered in the wake of Israel’s independence. Since the mass exodus of Jews across the Middle East, the region has erupted in flames, with Christians, B’hai’s, Yazidis and other minorities next in line for persecution.

History’s lessons hang over our moment. What begins with the Jews never ends with the Jews. Now is the time for Americans to take action. For the sake Israel and America, for the sake of our shared values and our common future, we must stop BDS dead in its tracks. Nothing less than our very way of life is at stake.