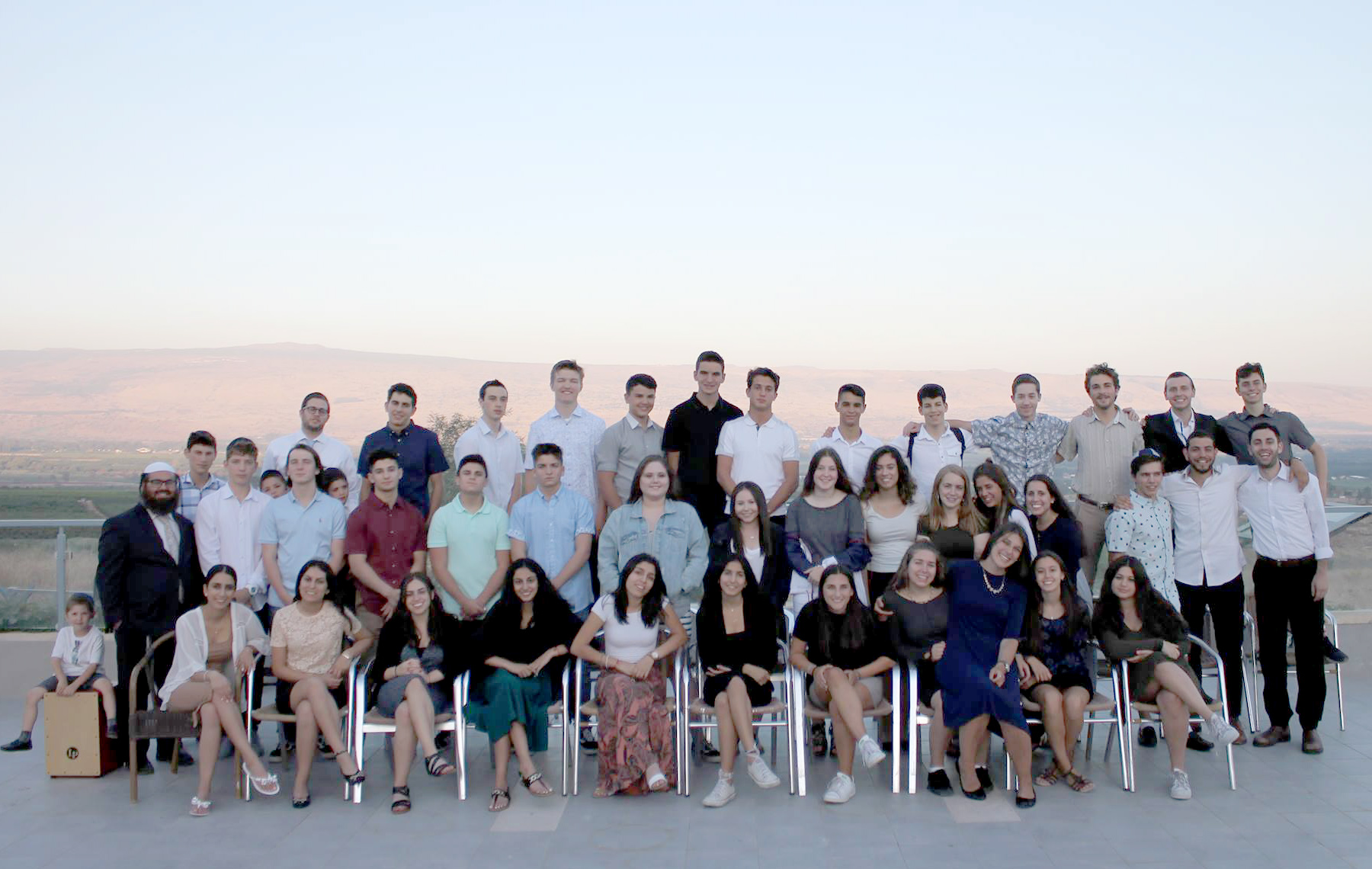 Thirty-eight Jewish teens from Los Angeles were among about 2,500 NCSY summer program participants who attended Yom NCSY, an evening of celebration and inspiration at the Latrun Tank Museum in Israel on July 25.

Many of the L.A. youths traveled with the Anne Samson Jerusalem Journey, which provides an opportunity for public school and unaffiliated teens to explore sites in Israel. The event marked the 20th anniversary of the NCSY summer program, which is named for Samson, a local philanthropist who died in 2013.

“Yom NCSY represents the very essence of what NCSY Summer is all about,” NCSY Summer Director David Cutler said. “At the event, it doesn’t matter what your religious background is. It’s about a united, nonjudgmental,
encouraging environment celebrating our shared connections in the home of the Jewish people. The palpable energy, cheering, singing, and dancing has made this the highlight of the summer.”

Formerly known as the National Conference for Synagogue Youth, NCSY is the international youth movement of the Orthodox Union. According to its website, NCSY’s programs are designed to provide Jewish teens with a strong connection to their Jewish roots through inspiration and leadership skills.

The Jewish Federation of Greater Los Angeles’ annual Summer Soiree was held on Aug. 1 at Tiato in Santa Monica, bringing together more than 500 young Jewish Angelenos for a night of music, drinks, games, art and summer fun.

The sold-out event raised over $15,000 through ticket sales for Federation’s Save Our Survivors campaign, which provides urgent and essential in-home care to more than 3,000 Holocaust survivors living in poverty in Los Angeles.

The Summer Soiree is Federation’s biggest event of the year for young adults. It is part of an effort to provide opportunities for young adults in their 20s and 30s to redefine and reimagine Jewish life and build community through social and networking events, leadership programs, travel opportunities and other activities.

The Aug. 2 event, “Zionism: A Love Story,” was held at the Museum of Tolerance before an audience of about 150 people. The panelists discussed Zionism, their dedication to Israel and engaging tomorrow’s Jewish leaders.

“Club Z is thrilled to be open for business in Los Angeles,” Merkulova said. “We are meeting a critical need for high school students by bringing them together around
their Jewish identity, developing their leadership skills and creating a powerful network of proactive and effective advocates.”

Based in Northern California, Club Z has sought to engage Jewish teenagers whose parents emigrated from the Former Soviet Union, and it is now expanding its programming to other Jewish communities in the United States.

Milstein, an Israeli-American philanthropist, said he is optimistic Club Z will help increase pride for Israel among young people. “Club Z is inspiring the model for the next generation in the Russian Jewish community that is engaged, philanthropic and Zionistic,” he said.

On display at the gathering was an exhibition examining the period leading up to the creation of the State of Israel in 1948, titled “The Birth of Israel: 18 Months That Changed Jewish Destiny.” Attendees also enjoyed a private tour of the museum’s Anne Frank exhibit.

CUFI’s national diversity coordinator, Pastor Dumisani Washington, the keynote speaker, said the event was the first effort by his organization to reach Iranian Christians living in the United States with a message to support Israel. He said the event was successful because of the congregation’s existing love of Israel and excitement about CUFI’s efforts to strengthen the U.S.-Israel relationship.

“The Persian Worshipers of Christ church are wonderful people, committed to preaching the gospel to the people of Iran and fostering peace with Israel and all people,” Washington said.

The majority of the church’s members are Muslim converts to Christianity. Their pastor, Rasoul Haidari said their affection for Israel stems from a biblical mandate.

“We as Iranians have nothing but love for Israel and the Jewish people because we believe the Bible where God says to Abraham, ‘Those who bless you will be blessed and those who curse you will be cursed,’ ” Haidari said.

According to community estimates, about 14 small Iranian churches are located in Los Angeles and nearly 10,000 Iranian converts to Christianity live in Southern California. Haidari said his church regularly broadcasts Christian religious and anti-Iranian regime programming via social media platforms to millions of people in Iran who are secret converts to Christianity and support Israel. Washington said CUFI has plans for more pro-Israel events with various L.A.-area Iranian churches in the coming months and hopes to take those churches’ leaders on a 2019 Israel trip.

About 30 people attended the gathering hosted by Joseph (Motty) Herzog, general manager of Herzog Wine Cellars, and his wife, Ruchel.

Moore, a 36-year veteran of the LAPD, was sworn in as chief on June 28, succeeding Police Chief Charlie Beck, who retired.

The gathering included a discussion of local community issues. Andrew Friedman, an attorney and president of La Brea-area synagogue Bais Naftoli, told the Journal that he asked Moore if he would work to provide more security for the Orthodox community on Shabbat when its members walk to synagogue. Friedman said the new chief indicated he would. “He understands the special needs of the Orthodox community,” Friedman said.