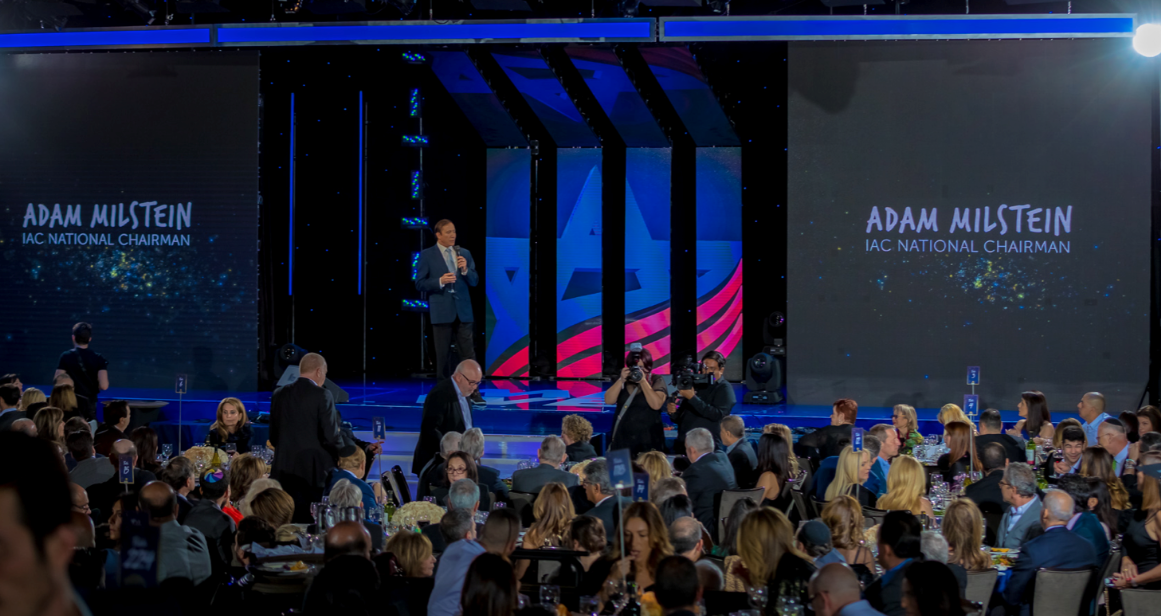 This article was originally published in Around Los Angeles on March 9, 2021.

Adam Milstein has had success on multiple fronts throughout his life. In addition to his professional endeavors, Milstein has managed to carve out a name for himself among the most generous active philanthropists of this generation – both with his resources and his efforts. According to Milstein, it is this truth – that monetary support must be combined with personal involvement when it comes to active philanthropy – that sets long-lasting philanthropy apart from that which runs its course and fizzles out. Here are five things that set Milstein apart from other philanthropists both in Los Angeles and across the globe.

1. Fearlessness in Filling Out the Voids

Milstein and his wife, Gila, created their own foundation through which they support existing programs and organizations which they find impactful and effective. But they also actively look for voids in the philanthropic world in relation to the fight against hate and antisemitism, preservation of American values, and perpetuation of positive Israeli-American relations. When they see one, they create a means to fill it. For example, Milstein together with other business minded friends found that there was no organization that reached out and engaged Israeli-Americans in their endeavor to hold fast to their Jewish-Israeli heritage, while also strengthening relations between the two countries.

2. Commitment to Following a Business Model

Most of us reserve ROI (return on investment) calculations for the business world. Milstein, who surely uses this strategy in his role as a managing partner at Hager Pacific Properties  (a Los Angeles-based real estate property management firm), also employs ROI measurements in his philanthropy. He analyzes and implements strategic measures to make sure each dollar donated creates maximum impact.

Milstein is involved in or has founded a myriad of organizations that are designed to perpetuate his philanthropic goals. Each investment of his time and monetary resources is carefully leveraged to achieve the goals he has set for his role in the Jewish community. Instead of focusing on one aspect of the big picture, he approaches philanthropy as a puzzle to be created and then completed. Without each piece, the big picture falls apart.

He is passionate about each and every project, as is evidenced by his involvement in a myriad of organizations. From the Adam and Gila Milstein Family Foundation to the Israeli-American Council, StandWithUs, Jewish Funders Network, and Birthright Israel, it is clear that Milstein diversifies his resources and time to make sure each and every aspect of his vision is touched on and preserved.

While Milstein is not afraid of starting new organizations both in Los Angeles and across the country, he is also not afraid of using his resources to facilitate partnerships between existing organizations that are doing good work. He is a firm believer that synergy across the playing field of philanthropy will yield the biggest and best results. Multiplying the efforts of one person and one organization creates a lasting change.

From Milstein’s professional success to his never-ending philanthropic work in his chosen sphere, he just never quits. His goals in fighting hate and antisemitism, as well as his passion for a strong Israeli-American alliance on a global scale, drive him to continue this work at light speed. He is always searching for gaps, voids, and ways to make a long-lasting impact and elevate that which drives him daily. This kind of drive stems from passion and from an intense devotion to a cause – and perhaps a healthy dose of caffeine.

No success is handed to anyone on a silver platter. As Milstein has continually shown the world, it takes a strategic outlook, fearlessness, drive, and a commitment to come alongside like-minded men and women to achieve the kind of business and philanthropic success Milstein has seen over his lifetime.

Adam Milstein believes that true philanthropy is not throwing money at problems, but rather throwing yourself into their solutions – heart, soul, and mind, without ever looking back.

It is true that forward is where we find progress and it is to that end, we all ought to drive and work – both for the betterment of the world in which we live and for the elevation of the ideals we hold dear.