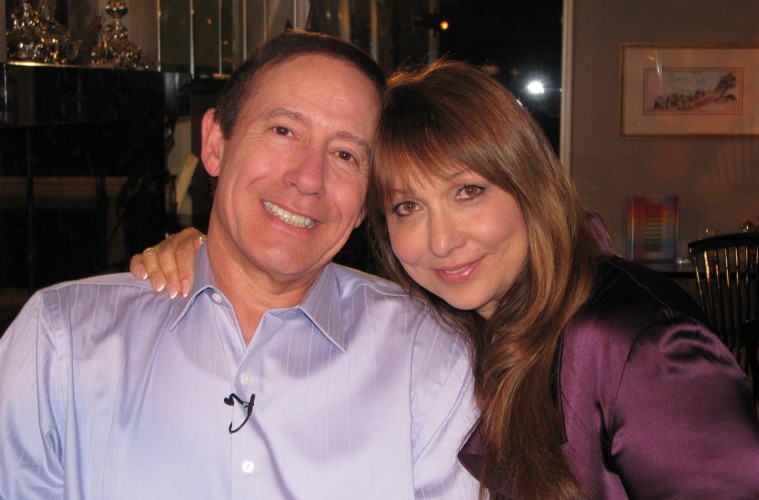 Originally posted in the Baltimore News Journal on January 25, 2021.

Some couples take up ballroom dancing, others host elaborate dinner parties or go antiquing on the weekend, but for real estate investor Adam Milstein and his wife Gila, genuine coupledom means making a difference in their lifetime, and making a difference is all about giving back to their community and their country.

Widely known as one of the most influential philanthropic couples in Los Angeles and far beyond, the pair donates on a global scale, focusing mainly on three areas: strengthening American values, supporting the U.S.-Israel alliance, and combating hatred and bigotry. But to fully understand how the couple became such a global charity powerhouse, one must appreciate exactly how and where it all began.

Adam Milstein: His Cultural Journey from Israel to America

Adam Milstein was born in the bustling port city of Haifa, Israel’s third-largest urban center. He is the eldest child of his real estate developer father and homemaker mother.

Adam’s father made Aliyah to Israel in 1947, at the age of eighteen, from Argentina as a sailor on the Haganah “illegal” immigrants’ ship called HaPortzim and participated in the 1948 Israel Independence War and in the 1956 Suez War as a navy soldier. His mother, who was born in Mexico and grew up in the U.S., also made Aliyah to Israel at the age of eighteen, and the Latin American couple married in 1950.

His father’s career as a real estate developer would set the table for Adam’s own career choice later, but as a young adult, Adam was busy serving his country in the Israel Defense Forces (IDF), including fighting in the momentous Yom Kippur War of 1973.

Once his military service ended, however, Adam immediately began taking classes at Israel’s Technion, the country’s most esteemed public research institution, as well as its oldest university. Adam and his family then moved to America, where he earned his MBA at the prestigious University of Southern California. His next step was to grow his career in commercial real estate.

It didn’t take long for Adam to achieve his first taste of success. He worked his way up to managing partner of Hager Pacific Properties, a private real estate investment firm with a vast and varied portfolio of properties, from commercial and retail to industrial and multifamily. While he was wildly successful, Adam still yearned for something more, knowing he wanted to give something of himself to enrich the wider world.

Adam and Gila Milstein Create Their Own Foundation

Adam and Gila have shared a number of experiences that have further bonded them as a committed couple, the first and foremost being that they both served in Israel’s armed forces, Gila herself as an officer. And while Gila was born in Morocco, she moved to Israel when she was six, so both shared the experience of growing up in Israel.

After landing together in America, the pair wanted to become more active in the Israeli and American communities, so they envisioned starting their own foundation as the way they could have the greatest impact.

Given their shared commitment and vision to become more philanthropically active, the couple conceived and created the Adam and Gila Milstein Family Foundation (MFF). This high-profile charity maintains a triple focus:

In addition, the foundation’s activities are also three-pronged:

As a result of these unifying principles, the work of the Adam and Gila Milstein Foundation has delivered a significant degree of success to numerous pro-Israel organizations serving their greater community. Yet the couple still donates time, money, and their own professional expertise to other charities and nonprofits as well, despite having their hands and schedules full with their own foundation.

With nationwide statistics clearly showing a trend of rising anti-Semitism in the U.S., Adam and Gila have decided to step in and use their influence to combat this very particular brand of hate. This is why Gila and Adam currently sit on the board of StandWithUs, an organization that fights anti-Semitism worldwide, while staunchly supporting Israel and its global allies.

StandWithUs differs, however, from a number of organizations in that it strives to remain decidedly nonpartisan. The staff instead focuses on challenging inaccurate information on the State of Israel and seeks to properly educate others on Jewish culture and religious practices. Leadership is also a critical component to StandWithUs, which routinely holds and promotes leadership training to young people in middle schools, high schools, and college campuses.

While Adam and Gila often and joyfully support causes side-by-side, they also independently offer their expertise to additional organizations. Gila is the president of Stand By Me, an organization that supports and provides services to cancer patients and their families in the Los Angeles area, and is also the president of the MERONA Leadership Foundation, which hosts the Impact Forum, a network of nonprofits who support Israel as well as strengthen U.S.-Israel ties and fight antisemitism.

In another leadership role, Adam sits on the board of Hasbara Fellowships, an organization devoted to helping young people advocate for Israel. Part of what makes Hasbara Fellowships unique is their funding of student trips so the uninitiated can visit Israel for the first time and enjoy an authentic cultural experience.

This experience often has a major impact on the youth who participate, as they get to visit and directly connect with many of Israel’s most important heritage sites. The organization encourages all its participants to engage in a truly immersive and well-rounded experience.

The 16-day experience also focuses on peer networking, as well as meeting with both Israelis and Palestinians with the widest range of political backgrounds. One student, Yoni Hammerman, recently described the trip as deeply life-changing:

“On Hasbara, I gained knowledge that will be valuable for my entire life, a group of friends who will always have my back, and an experience I will never forget!”

Despite offering so much of their time and effort to so many organizations and causes, Adam and Gila still prioritize spending personal time together. In the coming years, there’s no doubt that this dynamic, philanthropic duo will become even more involved with the causes in their hearts, and the heart of their causes.