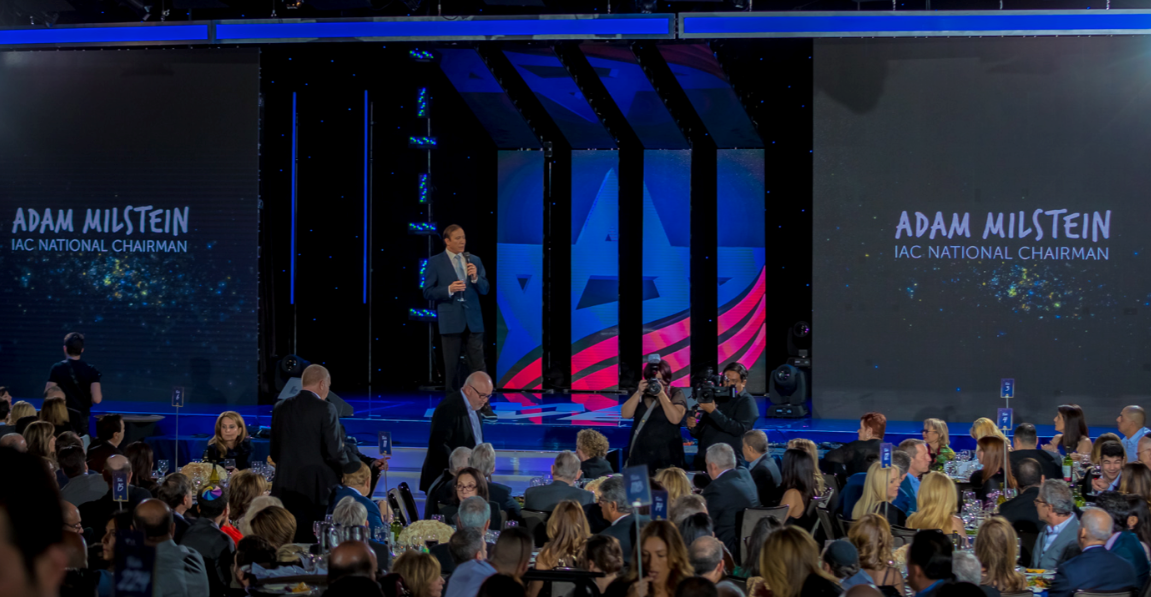 This article was originally published in Company Leaders on March 16, 2021.

Born in Israel, Adam Milstein came to America in 1981 and quickly made a name for himself. In Israel he established his unparalleled work ethic and commitment to striving for success while serving in the IDF during the Yom Kippur war. He would later funnel that same work ethic to attain his MBA from the University of Southern California in Los Angeles. He is now a managing partner at Hager Pacific Properties, a nationwide property investment firm that’s a major leader in the world of commercial real estate.

It’s well established that Milstein is a powerhouse businessperson in the real estate industry and the American business community. But Milstein would be the first to say that his personal and professional success are most significant not for the sake of building wealth in and of itself, but because they allow him to do what he loves and that which arguably has the biggest impact worldwide— his philanthropic activities.

Milstein’s commitment to the Jewish community in the United States and beyond has already been well-document through the many donations and contributions he’s made to organizations in line with his mission to fight antisemitism, protect American values, and advance the U.S.-Israel alliance. Not only has Milstein served on a range of boards of philanthropic organizations, together with his wife Gila he even launched his own family foundation.

The Adam and Gila Milstein Family foundation supports over 200 organizations, facilitates numerous collaborations between its grantees, and reaches hundreds of thousands of Americans through social media platforms. The foundation’s stated mission is to ‘strengthen American values, support the U.S.-Israel alliance, and combat bigotry and hatred in all forms.’

Milstein has unwaveringly supported the Jewish American community in a variety of capacities, living by the American adage to “put your money where your mouth is” and taking it to greater heights than anyone could have predicted. Committed to the idea that true, long-lasting philanthropy is a result of his active philanthropy approach, Milstein gives his time and his emotional energy just as much as he does his money. He believes in the importance of building coalitions who work together to take action against radical movements and hatred, bigotry, and discrimination. He’s an advocate of these three principles:

Pulling your sleeves and devoting time and resources to ensure the impact of organizations he supports.

Encouraging the creation of partnerships between grantees to combat bigotry and hatred in a proactive and strategic way.

Facilitating and maintaining collaborations between organizations with similar missions to amplify their effect for maximum impact.

Due to his success in Los Angeles and beyond in the real estate world, Adam and his wife are now able to devote their time almost exclusively to philanthropy. Adam Milstein takes his passions seriously and is committed wholeheartedly to the eradication of antisemitism, and protection of American values.

That active approach to philanthropy is what sets Milstein apart from many other wealthy givers, who sometimes tend to leave their charitable work to others.

Milstein is a co-founder, Chairman Emeritus and an active board member of the Israeli-American Council (IAC). Perhaps one of the most impactful organizations in the Jewish-American community of our time. The IAC is committed to dedicated to helping Americans of Israeli descent to embrace their heritage while still thriving in America.

Milstein and the IAC hold fast to the belief that we are stronger together than we are apart and highly value the alliance between the two countries and cultures. When Milstein and a few others saw that there was a need for an organization to help strengthen and maintain the Israeli American identity, they jumped into the water and created a new organization. With one foot in each culture, and a deep love for both, Milstein is serious about helping ensure that each is supported by the other.

Beyond his commitment and pride in the work he does to better the life and longevity of the Israel-American community, he also is passionate about Jewish heritage.

Milstein has been a major supporter of Birthright Israel, which aims to give every Jewish American the opportunity to visit Israel as an educational trip to the land that holds a vital link to their past. For decades, Birthright Israel has helped countless teenagers establish strong connections with their heritage that they may not have been able to afford otherwise, helping keep them tied to their history so they can look forward to a brighter future.

Milstein and the Future

2021 Welcomes New Challenges and Opportunities: Check out our latest newsletter

Committed to the future of the U.S. and Israel and dedicated to combating hate that is surging in our country, Milstein has carved out a place for himself among some of the greatest philanthropists of our time. He is looking forward to continuing his work and the future of both Israel and America looks a little brighter with Milstein at the helm.