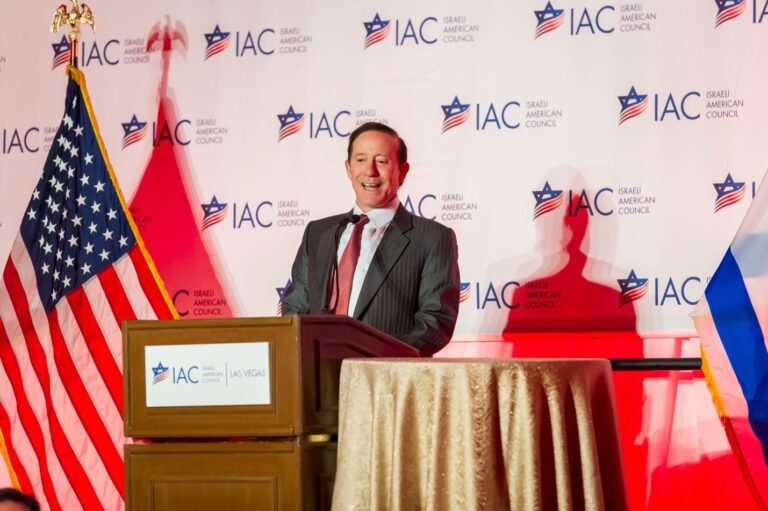 Adam Milstein is a successful businessman known for his residential, commercial, and industrial real estate involvement, but he is also a noted philanthropist, being recognized among the 2017 200 Most Influential Do-Gooders. His philanthropic contributions over the past 20 years have focused primarily on Israel-related causes, and much of his work has been accomplished through the foundation he established with his wife Gila.

Adam’s passion for Israel and its people stems from his childhood and formative years as a young adult. He was born in Israel as part of an established real estate family and grew up watching his father run a successful development business.

Adam’s father made Aliyah to Israel in 1947 from Argentina as a sailor on the Haganah “illegal” immigrants’ ship called HaPortzim and participated in the 1948 Israel Independence War and in the 1956 Suez War as a navy soldier. His Mother, who was born in Mexico and grew up in the U.S., also made Aliyah to Israel at the age of eighteen, and the Latin American couple married in 1950.

Adam followed the footsteps of his father and joined the Israel Defense Forces when he was of age, and honorably served in the renowned Ariel Sharon’s Division 143 during the 1973 Yom Kippur War. The division is known for crossing the Suez Canal and having an instrumental role in shifting the direction of the war.

After his success in Israel, Adam moved to the United States with his wife Gila and two young daughters to continue his education. He enrolled in an MBA program at the University of Southern California (USC), earning his degree in 1983. The couple were also blessed with another child after moving to California, where they have made their home ever since.

Adam further utilized his real estate knowledge and MBA education to build an extremely successful career investing in US-based commercial real estate assets. He is currently a managing partner with Hager Pacific Properties, which is a private equity firm that specializes in commercial property. The firm’s portfolio consists of 3,000 apartments and 10 million square feet of non-residential properties, and the cumulative value of these properties currently exceeds billion dollars. As managing partner, Adam is responsible for acquiring and managing a substantial portion of this immense real estate portfolio.

The success which he has enjoyed in real estate has also enabled Adam to become a prominent philanthropist. When electing to support a cause, however, he seeks to give much more than financial support. In addition to writing checks, he is well known for also donating his time so organizations can further benefit from his extensive business knowledge and vast network of contacts.

When supporting a charitable cause Adam looks for philanthropic opportunities that will have the most lasting impact and can benefit directly from his personal involvement. He seeks to help groups that work collaboratively with other causes and organizations.

While Adam has supported and remains involved with many organizations, most of his efforts are focused on three organizations that he helped establish. Two of those he founded in conjunction with his wife, Gila.

The couple first established theAdam and Gila Milstein Family Foundation (MFF). The foundation is involved in a variety of efforts to advance US-Israel relations and counter global and domestic anti-Semitism in America.

MFF has made significant headway in its efforts, and it is proven to be especially effective at mobilizing young people. The foundation has worked with over 200 different organizations on 1,000+ projects and helps support like-minded groups on over 500 college campuses. Online, Adam and the foundation have tens of thousands of followers which helps them reach even more people.

Together with other community leaders in 2007, the Milsteins founded theIsraeli-American Council (IAC) – a firs U.S. of a kind pro-Israel organization reaching out and engaging Americans of Israeli descent. The IAC specifically focuses on promoting the culture of those with Israeli roots throughout the U.S., and it has become the largest Israeli-American organization.

Many Israeli-American families first became familiar with the IAC through its Sifriyat Pijama (“Pajama Library”), a program founded by Adam and Gila. The program delivered complimentary books to Israeli and Jewish families on a monthly basis. Adam remains the honorary Chairman Emeritus of the IAC.

The IAC’s success is a prime example of Adam’s philanthropic vision. This is not the only organization where he has seen a need and then found a way to help by meeting that charitable need in a meaningful way.

Most recently, he helped establish the Impact Forum in Los Angeles. The forum is a group of LA-based philanthropists interested in Israeli and Jewish causes. The group meets regularly to consider charitable opportunities, and members also help support one other’s causes. To date, the Impact Forum network has raised over $3.5 million for nearly 50 organizations.

Other organizations that Adam is involved with include the Jewish Funders Network, Israel on Campus Coalition, StandWithUs, Hasbara Fellowships and Birthright Israel. Each of these organizations is pro-Israel, and Adam is or was a board member on their various governing boards.

To date, Adam’s efforts have earned him a listing on the 2017 list of 200 Most Influential Do-Gooders. The Richtopia list is based on the charitable work which philanthropists and socially-minded entrepreneurs have accomplished through Facebook and Twitter. The list contains many well-known “do-gooders,” including Bill and Melinda Gates, Warren Buffet, Oprah Winfrey, Elon Musk and Elton John.

Adam and Gila Milstein currently live in the San Fernando Valley of Los Angeles County, and they have been further blessed with three grandchildren.