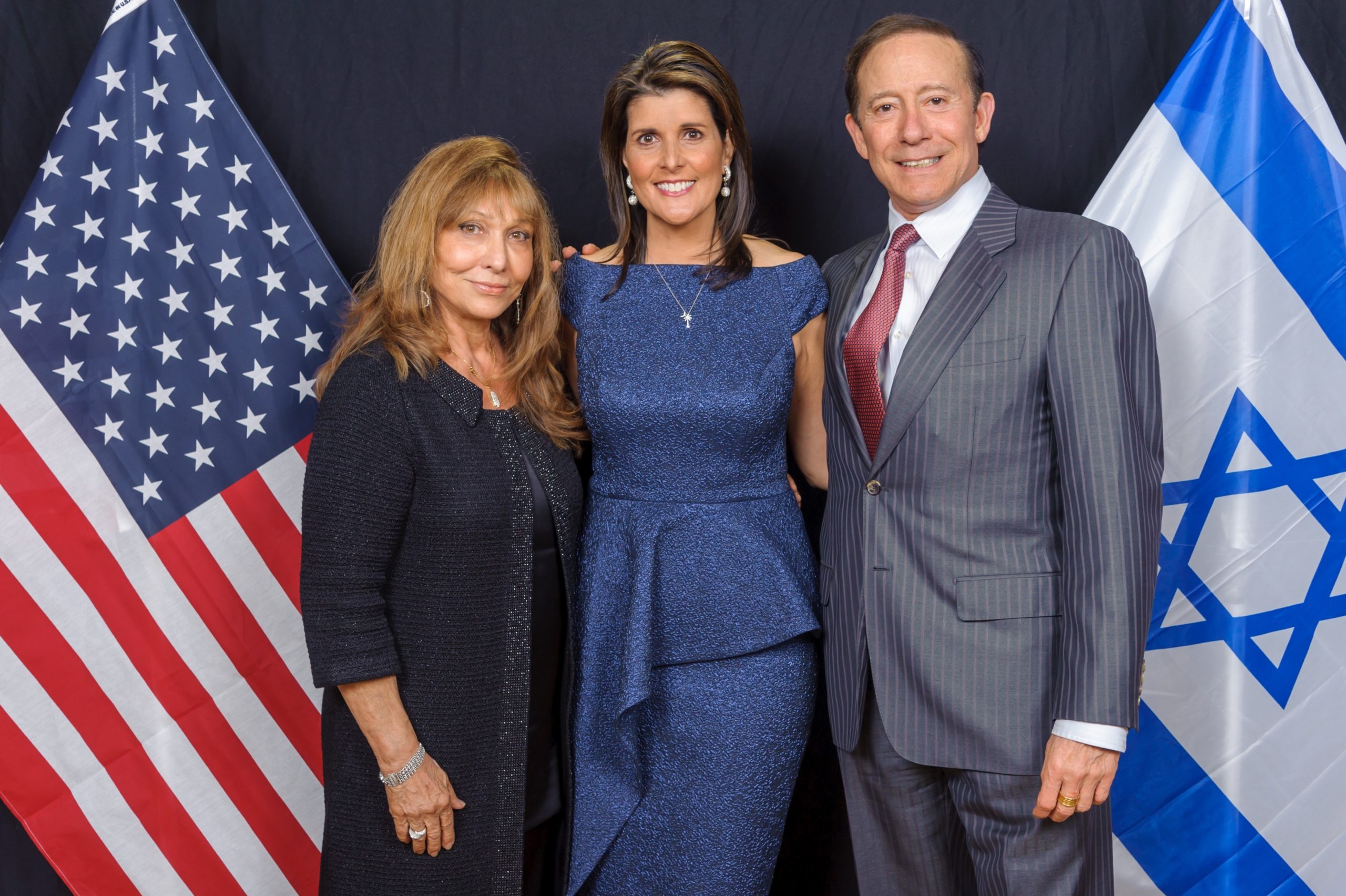 This article was originally published on January 4, 2021 on People of DC.

Israeli-born and now US-based Adam Milstein is a highly successful real estate entrepreneur, and he’s recently been recognized as one of the world’s top philanthropists. His recent ranking among the world’s 200 Most Influential Do-Gooders reflects Mr. Milstein’s sustained efforts to support the State of Israel and help Jews throughout the world. Over the past 15 years, Milstein has been heavily involved with numerous organizations that promote Israel-related causes.

Adam’s passion for Jewish and Israeli causes stems from his own personal life story. Born into an Israeli Latin-American family in 1952, Adam spent his childhood and young adulthood living, studying and working in Israel.

Adam’s father made Aliyah to Israel in 1947 from Argentina as a sailor on the Haganah “illegal” immigrants’ ship called HaPortzim and participated in the 1948 Israel Independence War and in the 1956 Suez War as a navy soldier. His Mother, who was born in Mexico and grew up in the U.S., also made Aliyah to Israel at the age of eighteen, and the couple married in 1950.

When Adam and Gila moved to the United States, Adam continued to pursue his real estate career. The family had two daughters at the time they relocated to California so that Adam could attend the University of Southern California(USC). He earned an MBA at USC and established his U.S. real estate career.

Enjoying extensive success in his U.S. real estate career, Adam is now one of the managing partners of Hager Pacific Properties. The private investment firm is experienced in residential, commercial, and industrial real estate investment with holdings across the U.S. The firm has nearly 100 properties in its portfolio, including 10 million square feet of industrial and commercial space, and 3,000 apartments. In total, the holdings of Hager Pacific Properties were recently valued at more than $1 billion.

In large part due to his success in real estate, Adam is in a strong position to provide substantive support to causes and organizations for which he deeply cares. While he’s involved in a number of charitable organizations, the most notable are those organizations that Adam himself had an instrumental role in founding, such as the Adam and Gila Milstein Family Foundation. These include the Adam and Gila Milstein Family Foundation, the Israeli-American Council (IAC) and the Impact Forum.

Adam and Gila first founded their foundation with the goal of supporting the State of Israel, the U.S. and their allyship. The foundation seeks to accomplish this goal through a two-pronged approach:

With regard to racial hate, the foundation is involved in several efforts to counter anti-Semitic activity both domestically in the US and globally.

Since its inception, the Adam and Gila Milstein Family Foundation has facilitated more than 1,000 collaborations between organizations, and private individuals, and given its direct support to more than 200 additional organizations. The foundation has also had great success in reaching and mobilizing young adults through its college and social media outreach programs. The Milstein Family Foundation helps support students on more than 500 college campuses and the foundation’s social media platforms reach tens of thousands of followers.

Together with other community leaders Adam and Gila also co-founded the Israeli-American Council (IAC) in 2007. The IAC works to foster pride and unity within the Jewish-American community, particularly among the growing Israeli component.

The IAC was the first nonprofit organization in the U.S. to specifically empower the American-Jewish population with Israeli roots to take active roles in strengthening the U.S-Israel relationship. In being the first to pursue this effort, the organization’s success is a testament not only to Adam’s philanthropic efforts but also to his vision of reaching out to his fellow Israelis and ensuring Israeli causes are no longer ignored.

The IAC is now the largest and most well-known Israeli-American community organization in the United States. It has programming for every age group to ensure everyone has opportunities to engage.

Adam was the chairman of the IAC for several years and is currently a Chairman Emeritus.

In 2017, Adam founded the Impact Forum, a more locally focused group of philanthropists who meet regularly to consider support of initiatives and organizations which work to:

The Impact Forum network thus far has raised more than $3.5 million, to support over 50 organizations.

In addition to establishing premier organizations, Adam also serves on the boards of many existing organizations. He is currently a board member of StandWithUs, Hasbara Fellowships, Jewish Funders Network, The American Israel Public Affairs Committee (AIPAC) and Birthright Israel’s Los Angeles chapter. All of them are pro-Israel organizations that align with Milstein’s lifelong commitment to help the Jewish people.

Adam also looks for charitable causes in which he can have a significant, lasting impact. Most of the time the success of initiatives involves collaboration between multiple organizations. Adam personally helps organizations find and build those relationships.

On account of his efforts, Adam was named among the 200 Most Influential Do-Gooders in 2017. The list was compiled by Richtopia to share about most effective philanthropists and social entrepreneurs, with criteria focused on Twitter and Facebook activity and influence. Others on the list included Warren Buffet, Elton John, Bill and Melinda Gates, Oprah Winfrey and Elon Musk.