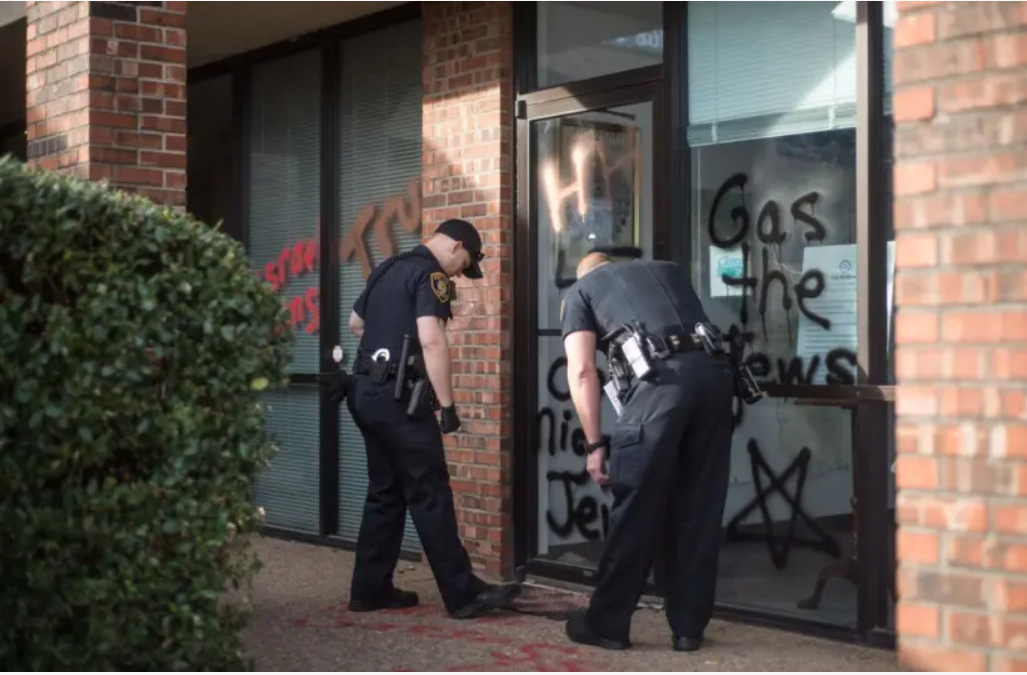 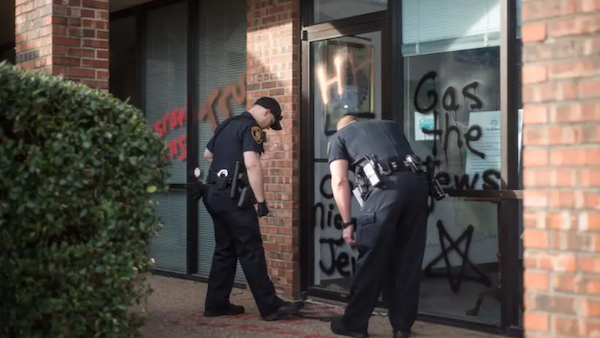 Each Passover, we sing “Ve’ hi She’amda La’avotainu Ve’lanu” (“This is what has stood by our fathers and us”) to remind us that in every generation our detractors try to physically destroy us and Hashem is there to save us from their hands. fighting violent antisemitism

So, what exactly is our role in preventing the violence inflicted on us, our families, and our communities? Does God want us to sit back and let Jew-haters try to eradicate us, does He want us to try to defend ourselves with armed guards and security walls, or does God want us to go on the offense and try to prevent some of the violence and save lives?

If the answer is that we must act: which Jewish groups and communities should take an active role in fighting this plague? And what action plans are effective in doing so? And if racism and discrimination against Jews isn’t just our problem but a threat to American values, how do we get the American people to join us in the fight?

Many Jewish leaders are calling on us to stand united and strong and combat antisemitism with pride and courage. Yet, are these qualities alone sufficient to protect those we love?

I hear many explanations for this hesitation. First is Rabbi Shimon bar Yochai’s argument that “Halachah: beyadua she´Esav soneh l’Ya´akov”. Those using this argument believe the descendants of Esau (non-Jews) hate the descendants of Jacob (Jews), and there is nothing we can do about it. There will always be antisemites, and they will always hate Jews no matter what we do. Why should we engage in a fight we are domed to lose?

To substantiate this logic, they argue Jews compromise only 0.2% of the world’s population, and thus, we cannot possibly overcome the antisemitism that has been directed at us out for centuries. They believe it is better to just co-exist with this life-threatening disease.

I have discussed this issue with many Orthodox friends. Most of them believe that a strong Israel is our best defense against antisemitism, and so supporting Israel is equivalent to fighting antisemitism. They believe that if antisemitic violence grows out of control in America, we can make aliyah and find refuge in the State of Israel. In my opinion, they fail to recognize that today’s antisemitism is eroding American values and diminishing American support for Israel. Without a strong America, the future of the Jewish State is less secure.

Many in the Orthodox community are already supporting many charities. Why should they support something that historically did not work? They believe that studying the Torah is more important than combating antisemitic violence. In the Bible, they say, God wrote that he will bring enemies against us to wake us up. Antisemitism, they argue, occurs when the Jewish people do not act in the way that the Almighty wants us to behave. In fact, the greatest occurrences of physical violence against Jews have taken place throughout our history in countries of great assimilation, such as Egypt, Spain, and Germany.

But what about the principle of pikuach nefesh (saving a life overrides all)? Not being prepared to combat violent antisemitism leaves Jewish lives vulnerable and in danger. We are unequivocally commanded by God to protect and save Jewish lives even if it means breaching mitzvot. God made no mistake in prioritizing life.

Moreover, the Talmud teaches us the law concerning a rodef, or the pursuer: “if someone comes to kill you, rise up and kill him first” (Sanhedrin 72a). According to Jewish teachings, both the people who are being persecuted and those around them are not only permitted but ordered to stop the attackers. Those who promote violence against Jews are our persecutors: our rodefim.

Diaspora Jews – religious or secular – are historically risk-averse and often cling to the false confidence that violent Jew-hatred will go away by itself. They believe that someone else will stop violence against Jews for them. Throughout the centuries, we have witnessed Jews placing their trust in non-Jewish leaders more than in themselves. Today is no different. Unfortunately, this strategy alone never protected us against violence in the long run. It failed us in the past and it is likely to disappoint us again in the future.

Our fellow Jews, particularly observant ones, live in fear in France, the UK, and throughout the EU. The antisemitism we are now witnessing in Europe has been steadily creeping its way into the US, particularly in metropolitan areas where about 91% of American Jews reside. Moreover, the COVID-19 crisis has unleashed new global antisemitic conspiracy theories blaming Israel and Jews for spreading or profiting from the pandemic.

Time and time again, we see that when the Jews have the courage to fight for themselves, they prevail. From biblical heroes like Moses, Nachshon ben Aminadav, the Maccabees, Mordechai, and Esther, to the partisans and ghetto freedom fighters, and the IDF, this truth is never broken. And more importantly, in each case, it was not God alone who saved us from evil. We, too, played an integral part in fighting back.

If fighting violent antisemitism was assumed fruitless and counterproductive in the past, today might be a unique opportunity. Unlike the recent ancestors of blessed memory, American Jewry is strong and has the means to defend itself. God willed us the courage to fight our enemies and blessed us with three great unique advantages.

First, Israel. It is the most dynamic and powerful shield that the Jewish people have ever known. It is dedicated to safeguarding the Jewish people, wherever they are in the world. The Jewish state is also America’s greatest ally because we share democratic Judeo-Christian values and face common enemies. We need to champion the US-Israel alliance and combat antisemitism in the US to keep the bilateral relationship strong.

Second, the American-Jewish community is the most successful immigrant community in the history of the US. Right now, many of our members are hesitant to fight against antisemitism. We must transform our mindset from risk-averse to going on the offensive.

Third, we must expose the fact that Jew-hatred is not just a Jewish problem. First, it is an American problem. Hatred, racism, and bigotry threaten our freedoms and humanity.

To substantiate that antisemitism is an American problem, we need to invest resources in researching and identifying the anti-American hate movements and networks. We must learn their agendas and uncover who finances them.

Once we understand who our enemies are, we can engage effectively in ways to combat them. We must use this knowledge to implement out-of-the-box strategies that go on the offensive against hatred and put the violent bigots on the defensive.

For those who want to be proactive, the time is now. Let us, partner, together, and go on the offensive against violence emanating from antisemitism wherever it comes from. We cannot let this bigotry destroy our way of life, in America, or anywhere else in the world.

Adam Milstein is an Israeli-American philantropreneur. He can be reached at [email protected], on Twitter @AdamMilstein, and on Facebook www.facebook.com/AdamMilsteinCP.