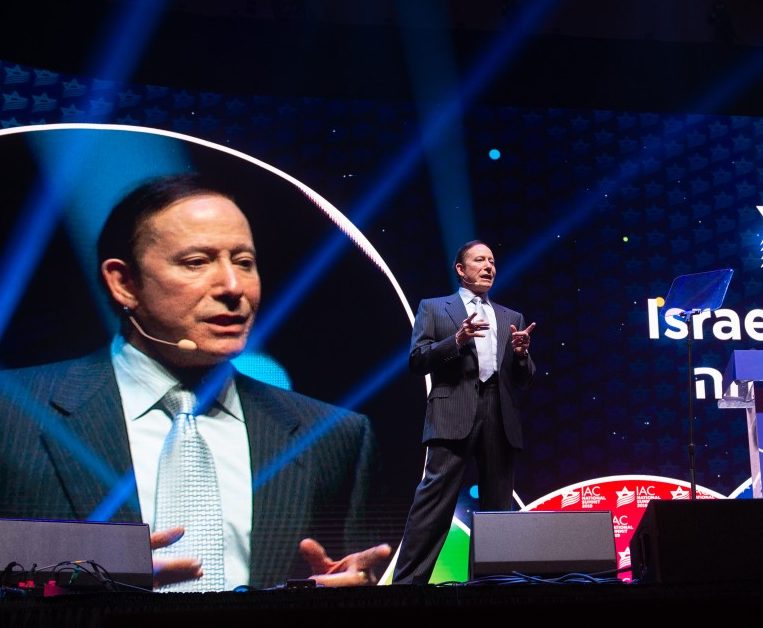 This article was originally published in Vents Magazine on July 22, 2020.

Since declaring independence in 1948, Israel has faced terror from neighboring countries and is under constant attack by adversaries around the world. Even as some Israelis fight enemies on the frontlines and on the global stage, few have stood up for the country like Israeli-American real estate investor and philanthropist Adam Milstein.

How did this successful businessman become one of the leading voices for a country halfway across the world?

Adam Milstein was born in Haifa, Israel. His father worked in real estate development and his mother was dedicated to raising Adam and his siblings. In 1971, Milstein joined the Israel Defense Forces (IDF) and served in the 1973 Yom Kippur War.

After completing his military service, Adam enrolled in the Technion, where he graduated with a bachelor’s degree in business and economics. While attending university, he also worked alongside his father to expand their family’s real estate construction and development business.

Adam married Gila Elgrably in 1974. They moved with their daughters to the United States in 1981. He later earned his MBA from the University of Southern California. Today, Milstein is a managing partner at Hager Pacific Properties, a renowned real estate investment firm.

Milstein spent many years building a successful career as a real estate investor. Yet, this success was not enough. Milstein wanted to give back to his community.

Milstein co-founded the Israeli-American Council (IAC). Under his leadership, the organization became a leader in the fight against anti-Semitism.

Milstein and his wife, Gila, also established the Adam and Gila Milstein Family Foundation (MFF) to expand their support of organizations and initiatives that strengthen the Jewish people, the State of Israel, and the U.S-Israel relationship. Among their philanthropic contributions, they launched Sifriyat Pijama B’America, an organization that provided free books in Hebrew to Israeli-American and Jewish-American families in the U.S. They also co-founded The Donor Forum, which serves to connect pro-Israel donors to pro-Israel causes.

The Milstein Family Foundation is dedicated to fighting rising bigotry and hatred in America.  While other influential figures seek to divide the country, Adam contributes his time and resources to help unite the people, projects, and organizations that will secure a safe and strong future. Supporting the U.S-Israel alliance is vital to this mission.

Milstein is devoted to empowering the Jewish community to take action against anti-Semitism in the U.S. He encourages synergy and collaboration between the organizations that he supports and is committed to life-path impact that engages community members at every stage of life.

Milstein doesn’t just contribute checks; he invests fully into his philanthropic work. He is a forward-thinker and always looks for innovative ways to engage the American people in the fight against anti-Semitism.

About his philanthropic journey he says: “By embracing the principles of active philanthropy, funding projects with an eye to their life-path impact, and looking to build synergies between organizations, the Milstein Family Foundation will continue our work of igniting pride and courage in the next generation of our community leaders.”

Adam is internationally acclaimed for his philanthropy. In 2018, Adam Milstein was named one of the world’s 100 Most Influential Philanthropists by Richtopia, a London-based publication, in coordination with RiseGlobal. He was also recognized by The Jerusalem Post as one of the “50 most influential Jewish figures” and by the Jewish Telegraphic Agency (JTA) as one of “the 25 most influential people on Jewish twitter.