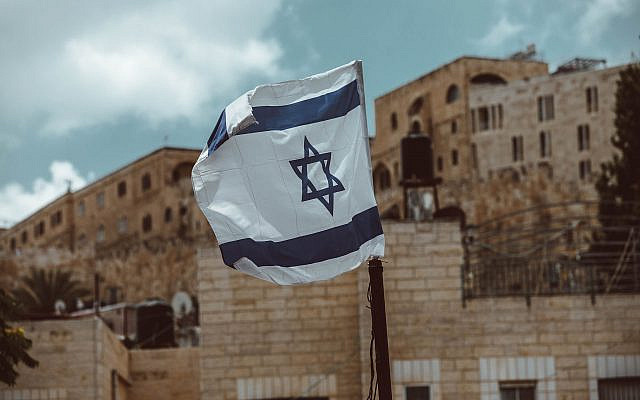 Article was originally published in the Times of Israel Blogs on November 23, 2020.

Philanthropy should be an essential part of every faith-based community. The Jewish tradition speaks generously about tzedakah, the closest word to “philanthropy” in the Hebrew language. While some might translate tzedakah to “charity,” tzedakah like philanthropy is much more than a charitable act. tzedakah is a value that inspires community responsibility and involves the act of sharing God-send wealth with others. tzedakah is done with someone rather than to someone. In Hebrew, the word natan means “to give”. Read backwards, the word also reads natan, suggesting that giving is a two-way street. So, when we think about giving, we should also think about what it means to receive.

1. The mitzvah of tzedakah.

A mitzvah is any of the 613 commandments that Jews must observe. Generally, it refers to any good act or deed, and the mitzvah of tzedakah is one of the most important deeds in Jewish life. In the past, most Jewish homes had a blue and white tin box for the deposit of tzedakah coins for charity. From early childhood, Jewish children learned that their responsibility was to care for other Jews in need. Today, how people practice tzedakah looks different, but the motivation for tzedakah is the same: to sustain and strengthen the Jewish people.

Mark Kramer, in the Stanford Social Innovation Review, writes about “Catalytic Philanthropy,” which is characterized by donors who take responsibility for creating the change they seek. This is what I like to call “active philanthropy” and requires more direct involvement in philanthropic work. Active philanthropy is a way for donors to do more meaningful work by developing a lifelong relationship with the organizations they support. By investing more of themselves, donors can help drive more impact, which in turn gives life a higher purpose.

The great Jewish scholar Rabbi Moshe ben Maimon, also known as Maimonides, said: “Whoever gives tzedakah to the poor with a sour expression and in a surly manner, even if he gives a thousand gold pieces, loses his merit. One should instead give cheerfully and joyfully and emphasize with him in his sorrow.” This shows how there are two ways of giving, one with the hand and one with the heart. In Jewish tradition, tzedakah involves both giving aid with the hand and consolation with the mouth so that the heart is without embitterment.

When I first became involved in philanthropy, I asked myself: “How do I define the community to which I belong?” “What do I owe to my community?” “Is my obligation defined by traditional Jewish values?”

I thought about how to create a personal philanthropic strategy that reflected my sense of obligation. I explored how to use my philanthropic potential to shape and strengthen my community, only to realize years later that philanthropy has provided me with an opportunity to make an impact on the world in my lifetime.

Donors, like me, who take more active approaches to philanthropy, rely heavily on networks. Finding synergies between organizations makes you feel more connected to people who prioritize the same causes. This sense of companionship makes you feel that you are not alone, especially when fighting a vicious enemy like the Boycott, Divestment, and Sanctions (BDS) movement which targets Jews and their homeland. A community of allies is a reminder that philanthropy is greater than oneself and helps bring people together to make a positive difference in the world.

6. Philanthropy is God’s will.

The Torah says, “There will never cease to be needy ones in your land” (Deuteronomy 15:11). At the end of every Jewish worship service, the Aleinu prayer states the goal of the Jewish people to “perfect the world under the sovereignty of God.” In Hebrew, the term for “perfect the world” is translated to tikkun olam, meaning to fix or repair the world. Thus, philanthropy is God’s way of encouraging us to fight injustice, including bigotry and discrimination. Philanthropic work is God’s will for humanity to try and improve the world through the special commandments between a person and his friends.

7. The Golden Ladder of Giving.

In the 12th century, Maimonides defined a code for tzedakah, which is documented in Jewish literature. He explains that there are eight degrees of tzedakah, and each “level” brings you closer to heaven. At the lowest level, people give reluctantly, while at the highest level, people give to those in need and help them become self-sustained. For example, the highest form of tzedakah is to open your heart to help someone find a job or an engagement that strengthens their livelihood. This not only preserves their dignity but also transforms them from a recipient into someone with the capacity to pay it forward. This classic metaphor shows how tzedakah is an opportunity for people to help others in need and build a stronger community.

After more than 30 years of active philanthropy, I have learned that tzedakah is a cycle; the gifts that we give to others will eventually return to us.

Adam Milstein is co-founder of the Adam and Gila Milstein Family Foundation, which supports Pro-Israel organizations including the Israeli-American Council (IAC), where he is a National Chairman emeritus, The American Israel Education Foundation (the educational wing of AIPAC), StandWithUs, AISH Ha’Torah, Hasbara Fellowships, Israel on Campus Coalition (ICC), Sifriyat Pijama B’America, Taglit-Birthright Israel, Christian United for Israel, and The Washington Institute. Adam was born in Israel, served in the IDF during the Yom Kippur War, and graduated from the Technion in 1978. Arriving in the US in 1981, Adam earned an MBA from USC and has been involved in commercial real estate since 1983. He is a managing partner at Hager Pacific Properties, a private real estate investment firm.