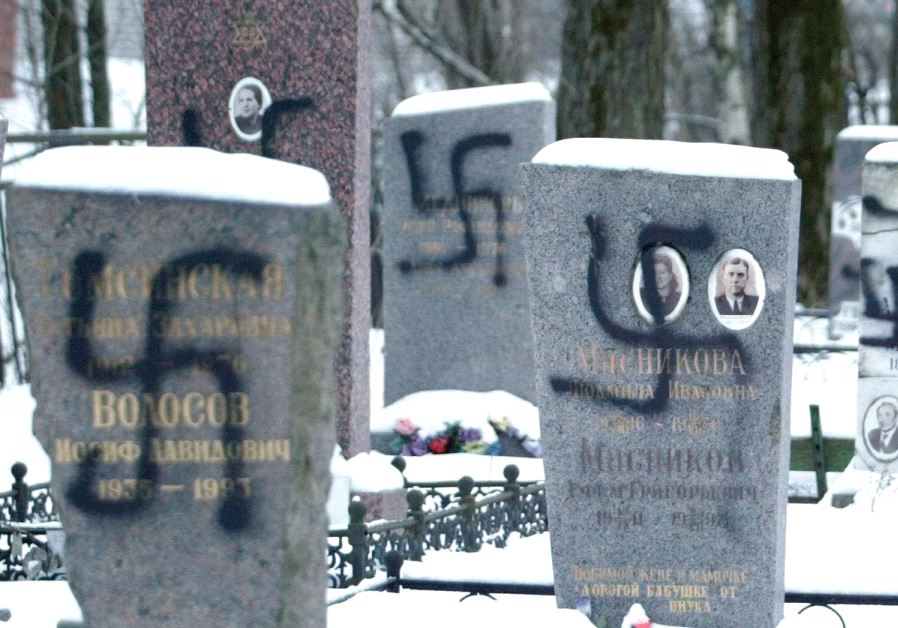 The 20th century began with a series of pogroms targeting Jews that swept across Eastern Europe and Latin America, the most infamous of which was in Kishinev, Russia. A poisonous anti-Jewish campaign culminated on Easter 1903, as gangs of men, 10 to 20 apiece, stormed through the Jewish areas of the city armed with hatchets and knives. They went block to block and house to house, slaughtering every Jew and raping every woman in sight. Over the next two days they wrought a path of destruction that would be heard around the world, with 49 Jews murdered, thousands wounded and untold number of rapes, and more than 1,500 homes damaged.

For some outside observers, the event was made even more disturbing by the passivity of thousands of Jewish men in the face of a relatively small group of peasants.

After traveling to Kishinev in the wake of the pogrom, the famous Hayim Nahman Bialik penned a poem, “The Slaughter,” lamenting the fact that the “Sons of Maccabees” were “concealed and cowering,” as their mothers, wives, daughters, sisters and other family members were raped and killed.

What was the lesson that Bialik and others took from Kishinev? The Jewish People can’t rely on others to protect us. We must fight antisemitism head-on. This became a guiding philosophy of the Zionist Movement, which sought to fashion a “new Jew” that would be able to defend themselves in a self-governed Jewish homeland.

In the wake of the pogroms and the Holocaust, the majority of Jewish People settled in the United States and Israel. In Israel, Jews learned how to defend themselves and fight back with courage and determination. In 1948, against all odds, the Israeli people defeated six fully equipped Arab armies, and today the Jewish People have a state that can defend itself, and provide a shield of defense for Jews throughout the Diaspora.

During the same period, the Jews that immigrated to America became one of the country’s most affluent, influential and accomplished communities. Yet, with all the strength of the Jewish American community and the benefits of a strong and independent Jewish state, we have not been able to stop the growth of antisemitism in our time.

Today antisemites work to demonize and delegitimize the Jewish People and the State of Israel in the media, political institutions, academia, on college campuses and elsewhere, often bleeding from the court of public opinion to physical assaults on Jewish communities.

How can we apply the lessons of the past century for the fight against antisemitism today? Clearly, we must fight the disease head-on, and we must start by understanding who is behind it.

Antisemitism now has three distinct sources: We face antisemitism on the radical Right. This is the heir of traditional Christian antisemitism, rooted in our alleged killing of Jesus, with a legacy extends from the Spanish Inquisition to the Nazis and the Ku Klux Klan.

We face antisemitism from radical Islam – which draws on a tradition of hatred against the infidel, led by the Jews, stretching back centuries. Since the 19th century with Jews started immigrating to Israel, radical Islam has been determined to eradicate the State of Israel and its Jewish inhabitants, as they occupy a land that the Islamists believe belongs to the Islamic caliphate.

We face antisemitism on the radical Left – which sees Jews and Israel as emblematic of America and Western imperialism and despises us for it.

Too many in the Jewish community don’t recognize this reality. In particular, not nearly enough attention has been paid to the growing alliance between the radical Left and radical Islamists – two groups with seemingly incompatible worldviews.

This strange alliance is encompassed by a new theory called intersectionality – embraced by many on the Left – which calls for the unification of all groups facing discrimination, whether they are Native American, Latino, African-American, LGBT, Arab or Muslim.

Radical Islamists have been able to link their hatred toward Israel, presented as their genuine concern for the Palestinian cause, to the idea of intersectionality, painting Israel as an oppressor that all progressives must fight. In doing so, they work to spread the vilest antisemitic ideas into mainstream discourse.

College students and young professionals in many circles now face a clear choice: exclusion, or joining anti-Israel and antisemitic campaigns.

Working together, radical Islamists and radical leftists have successfully created an alternate reality in which Jews have no rights to self-determination, in which Israel is the greatest violator of human rights in the world, and in which people with extreme regressive views, like Linda Sarsour, are championed as progressive heroes.

Sarsour has a long running association with Muslim Brotherhood, publicly expressed her admiration for the Sharia of Saudi Arabia and for terrorists like Siraj Wajjah, an unindicted co-conspirator in the 1993 World Trade Center bombing, and recently said that she wants to “take the vagina away” from female genital mutilation victim and activist Ayaan Hirsi Ali. Despite these regressive views and statements, Sarsour is a darling among many who claim to hold progressive ideas.

History shows that antisemites gain power not only by creating more antisemites, but also by getting others to tolerate their ideology.

As extremists like Sarsour build a platform and gain broad acceptance in our communities, we have no choice but to fight them tooth and nail. We must expose the fundamental incongruence between radical Islamic ideas and the progressive movements that they are trying to hijack.

We must make clear that antisemitic ideology is now often masquerading in a more politically correct form of anti-Israel hatred. We must push antisemitism out of the mainstream and into the shadows where it belongs.

The lessons of Kishinev hang over our time. When given the choice to fight back or sit back, I pray that the Jews around the world will take heed of history – and have the courage and determination to act before it is too late.