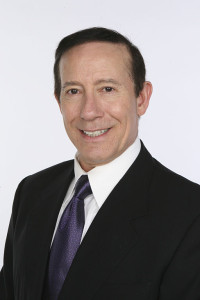 In honor of The Algemeiner’s 3rd annual JEWISH 100 Gala, we are delighted to unveil the third Algemeiner Jewish 100 list of the top one hundred individuals who have positively influenced Jewish life this past year. Before you work your way through this exciting list, we wanted to first share some of the thoughts that we discussed as we developed this endeavor. If we could group these ideas together, the first would be about creating lists, in general; then, what’s unique about lists and Judaism; some finer points differentiating our honorees from the organizations they lead; and some important reflections on all those every day and anonymous-to-us heroes we also want to celebrate without ever knowing their names. And, of course, to thank everyone involved with the creating of the list and who worked hard to put together our gala this year.

There are lists, and there are lists. From the Forbes 400 to the TIME 100, we are witness today to a proliferation of many lists in various magazines and newspapers. The New Yorker even made a list of The Hundred Best Lists of All Time! Lists have begun spreading in the Jewish media as well. It seems that in the feeding frenzy of our information overloaded society, categorizations and listings get our attention by presumably helping us make sense of the data flooding our psyches. Lists also carry an element of sensationalism — who made the list, who didn’t — feeding the hunger for competition — yet another staple of our superficial times. No wonder we don’t find such popularity contests waged in earlier centuries; living as desert nomads or inside of a shtetl, where everyone knew virtually no one else but their neighbors by name (for good or for bad), did not exactly lend itself to creating a top ten list of favorites. This is an exclusive product of the communication revolution and the global village it created.

Jewish sages, in particular, did not create such lists. Indeed, some actually dismissed the categorization of lists (even of the 13 Principles of Faith of Maimonides, let alone of a list of the “best” one thing or another…) It begs the uneasy question of how one can even attempt to measure the value of a person? Isn’t everyone a hero in some way? On what grounds can we presume to judge who is more valuable then the next? With the J100 list we tried to create something more meaningful, a list aligned with our core mission: the 100 people who have the most positive impact on Jewish life and Israel, men and women, Jew or non- Jew, who have lifted the quality of Jewish life in the past year. Think of it this way: Without these J100 – either the individuals or the organizations they represent – Jewish life would not be at the caliber it is today. Despite the artificial, superficial and sensational nature of any list, we sought to transform the information deluge of our times by using the list to shine a spotlight on those gems in our midst, those people who are making a real difference in other’s lives.

We also seek to inspire and motivate our young and the next generation, our future emerging leaders, in rising to the occasion and perpetuating the highest standards of our proud tradition and legacy – in serving and championing the cause of Jews and Israel. Because, as we know, when the quality of Jewish life is raised, the quality of all lives is raised. However, the most exciting part of our work in choosing the J100, frankly, was sifting through hundreds of candidates and nominees to discover some surprising finalists. It was a joy to see the breadth of all those who merited a mention, to understand some of the great work being performed around the world on behalf of the Jewish people, and to celebrate their victories by bringing this great work to renewed public attention via this endeavor.

Inevitably, any list recognizing those that have positively influenced Jewish life, will include the “usual suspects,” well known leaders and officials of governments, organizations and institutions. Like it or not, bureaucracy is part of the fabric of our society, feeding and supporting Jewish life around the globe, and it is that fabric that provides strength and cohesion to our disparate Jewish population.

Not all the names on the J100 were included for the same reason. Some are being honored for their personal contributions, other for their work at the organizations or nations they head. Some on the J100 are long established stars, others newcomers, whom are up and coming, people to watch.

Like in any dynamic entity and living organism, we included both stalwart leaders with deep roots holding the foundation, while also introducing new branches that will lead us into the future. This type of list — “The top 100 people who have positively influenced Jewish life” — has its inherent challenges. Firstly, what defines “positive”? What some consider positive, others consider destructive. Jews notoriously disagree on what positive impact means. Fully cognizant of the inherent controversy such a list could stir, we approached the creation of this list with a particular strategy, infused with a sense of humility and respect, to be as all-inclusive as possible. This list should not be seen as an endorsement of anyone or any entity and way of thinking; rather the people on this list are a reflection of the rich and broad spectrum of Jewish life – those who have positively contributed and helped shape the Jewish future.

We want this list to not be a definitive one, but as a type of snapshot and perspective of the Jewish world today. The J100 is far from perfect — but which list of this type would not be? Rather, we want it to serve as a provocateur, challenging us all to think about what we value and consider precious; what we honor as being a positive influence on Jewish life and on Israel.

Jewish life, now and throughout history, is fraught with innumerable heroes – mostly unsung. A mother unceremoniously bringing up a beautiful family. A quiet nurse attending to the ill. An anonymous philanthropist sending food packages to the needy. The unobtrusive kindergarten teacher lovingly attending to and shaping young lives. Positive influences abound, yet few are called out.

Moreover, the Jewish community is decentralized. A leader in one city or town having major impact on his community may be completely irrelevant in another city. No list – not of 100, not of 1,000 – could capture and do justice to the countless daily acts of heroism and nobility impacting Jews and Israel. There are hundreds of Jewish communities with Rabbis, lay leaders, educators and administrators that are beloved and are transforming their communities. As important as these individuals may be – and they certainly deserve their own list – the J100 does not list these heroes. Instead it focuses on individuals that have global and international impact, and that come from diverse groups – writers, teachers, government officials, organizations. In some ways the J100 should be looked at not as a bunch of disjointed individuals, but as a mosaic – a confluence of many different colors and hues, that create a diverse painting.

In the spirit of The Algemeiner, we want this list to lift the quality of our discourse and our standards in seeking out the best within and amongst us. We hope you enjoy reviewing and studying this list, and we welcome all your feedback, critique and suggestions to be included next year, in what has become our annual tradition at our gala event. Thank you for supporting this great institution and, ultimately, our readers, the Jewish people and friends of the Jewish people whom we serve.

Disclosure: Algemeiner staff and their immediate families were disqualified for inclusion on the list. Some of the Jewish 100 finalists are friends and associates of the Algemeiner and some are members of the GJCF Tribute Committee. As a media entity with many relationships, the Algemeiner inevitably has many friends and supporters; yet we didn’t feel it fair to disqualify highly qualified candidates simply due to their connection with us. Instead, fully cognizant of that reality, we placed special emphasis on impartiality and objectivity to choose only those that fit the criteria.

Some 750,000 people count themselves as Israeli-Americans.

In early 2016, the group announced theformation of a new partner organization — the Israeli-American Nexus (IANexus) — that will focus on advocating to legislative policymakers on behalf of Israelis living in the United States.

For its first major effort, the IANexus plans to muster communal support for the Combating BDS Act of 2016, which was recently introduced in Congress and supports states’ rights to cut ties with companies that boycott Israel.