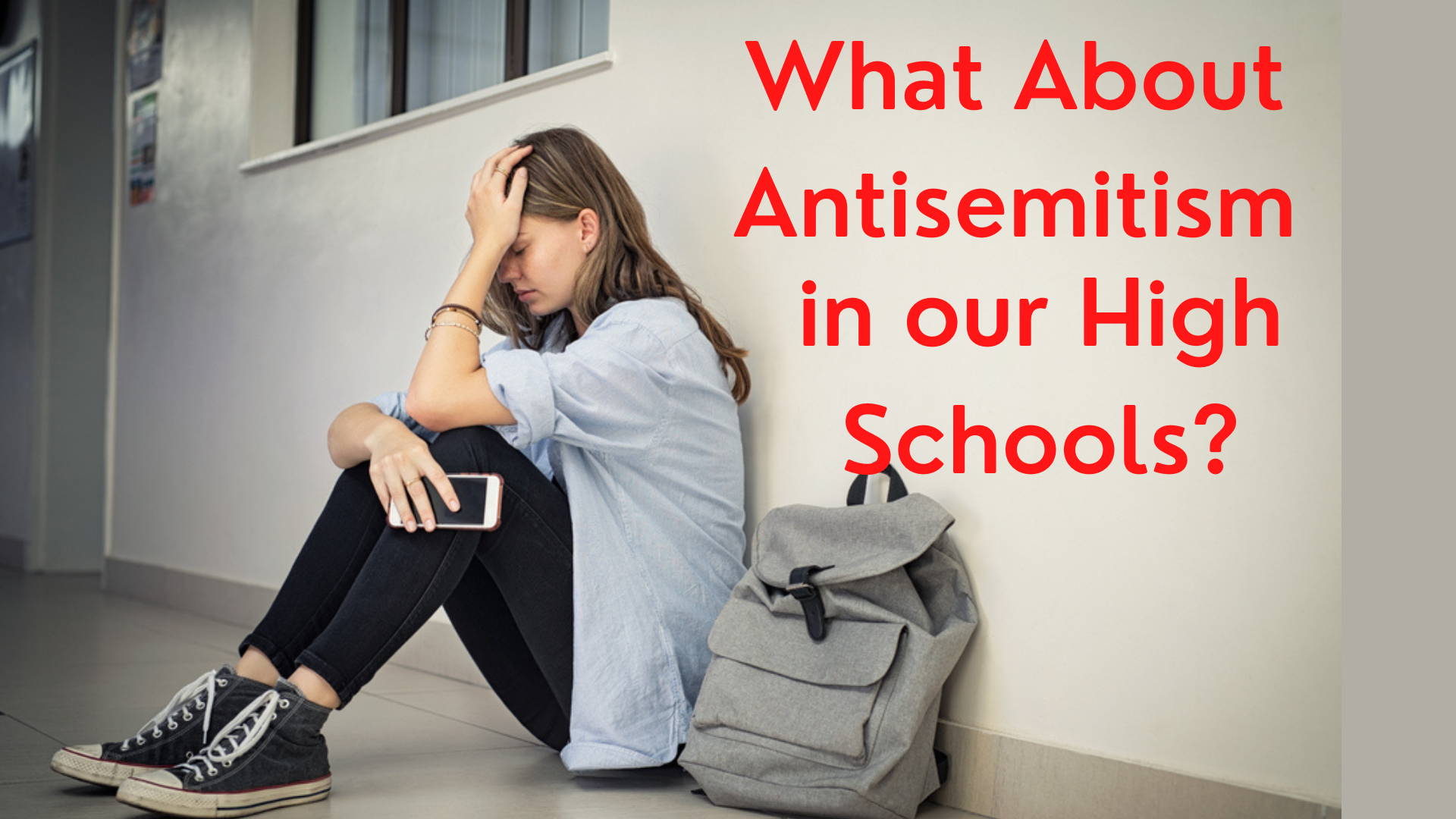 This article was originally published in the Jerusalem Post on September 13th, 2022, written by Adam Milstein.

Antisemitism in high schools is uniquely dangerous as teenagers are particularly impressionable, deeply affected by social dynamics of their peers and by the authority of their teachers.

In recent years, while much of the Jewish community has been keenly focused on antisemitism on college campuses, we have largely overlooked another growing danger. Activist teachers and administrators have increasingly injected antisemitism into American public and private high schools through expanded Diversity, Equity, and Inclusion (DEI) departments and policies and by promoting radical curricula steeped in Critical Race Theory (CRT), such as the Liberated Ethnic Studies Model Curriculum (LESMC). Through this ideology, American Jews are implicitly and sometimes, explicitly, portrayed as privileged white oppressors. By extension, the Jewish State, Israel, is described as an oppressive ethno-state engaged in apartheid, colonialism, and ethnic cleansing.

We are starting to see the consequences of this campaign. Highschool students, both in public and private schools around the nation are engaging in antisemitic bullying and harassment toward their Jewish peers. Amplified through social media and group chats, the phenomenon has become increasingly frequent in high schools. Antisemitism also rears its head in high school sports and a there’s a spike in antisemitic graffiti, like swastikas. Physical violence rooted in antisemitism has become increasingly common in the U.S. and worldwide, from Los Angeles to Atlanta, Palm Beach, New York, and even in Australia.

Last month, a federal investigation found that during the 2018 and 2019 school years, a Tempe, Arizona, based Kyrene School District violated the civil rights of a middle schooler when she was forced to endure repeated antisemitic harassment in class. Nine students harassed and called her antisemitic names, in addition to making frequent jokes about the Holocaust.

Most antisemitic attacks on Jewish students go unreported and if in recent years we are starting to find out about antisemitic incidents in high schools which took place several years ago, one can only imagine how much serious is this phenomenon today.

Antisemitism in high schools is uniquely dangerous. Teenagers are particularly impressionable, deeply affected by social dynamics of their peers and by the authority of their teachers and their school administrators. This environment places Jewish students in the classroom in a terribly vulnerable position. To fit in socially, they are often forced to adopt and advocate for ideas rooted in CRT. It is difficult for them to combat the trendy ideas of the day and speak out against the classmates who promote them, even when these ideas advance antisemitic canards. Compared to college, there is even less room to challenge authority in high schools.

Parents of students, even in prestigious private schools, are often hesitant and afraid to speak out against school authorities. When Jewish parent Jerome Eisenberg questioned the elite Brentwood School in Los Angeles for holding racially segregated meetings and encouraging students to treat Jews as “oppressors”, the school administration simply expelled his 8th-grade daughter by preventing her from returning the following school year.

These trends on high school campuses are exacerbated by what teens find on social media, the place where teens get their news, which has become a cesspool for antisemitism. Unfortunately, in recent years all the major social media platforms such as TikTok, YouTube, Facebook, Instagram or Snapchat allow and even promote antisemitic content through their algorithms.

Let us also not forget that not all kids who attend high school go on to university. About one-third of all American teens do not pursue higher education. As a result, the stakes are even higher since essentially all teenagers attend high school. If our youth are being inculcated with antisemitic ideologies from a young age, this will be carried on not only to universities, but also to society. This creates the perfect environment for antisemitism to spread like wildfire and become mainstream in America.

Many Jewish kids and parents (even when they have resources to fight back) are unwilling to report or take action against antisemitism in fear of retaliation toward themselves or their kids.

Is there anything we can do?

First and foremost, we need to inspire the next generation to be proud Jews and nurture in them a deep connection to the State of Israel so that any indoctrination they encounter in high schools doesn’t carry weight.

Second, we must actively address the danger of DEI and CRT in our schools, which are often packaged as Ethnic Studies. We must prevent the passage of legislation that makes Ethnic Studies curriculum mandatory in high schools at the state level across the country and work to ensure that individual school districts do not adopt curriculum rooted in hate.

Third, Jewish students must be educated about their civil rights as upheld by the U.S. Constitution. Our children must be empowered with the ability to identify, report, and document antisemitic attacks and incidents, with attorneys ready to take action if necessary to uphold their rights. Teachers and administrators must also be educated and held accountable. One noteworthy resource at their disposal is “Addressing Anti-Semitism in Schools: Training Curriculum for Secondary Education Teachers”, a joint publication of the Organization for Security and Co-operation in Europe (OSCE) and UNESCO.

Forth, we must go on the offense against those that target our high school students with antisemitic ideas by exposing their agenda and holding them accountable in the court of law and the court of public opinion. We need to empower both teens and their parents to report and stand up against jew-hatred.

For American Jews, education is fundamental. Our children are entitled to and deserve top quality education free of malice, discrimination and antisemitism. It is far past time that we make safeguarding our youth a much higher priority.

This op-ed is published in partnership with a coalition of organizations that fight antisemitism across the world. Read the previous article by Noam Koren.