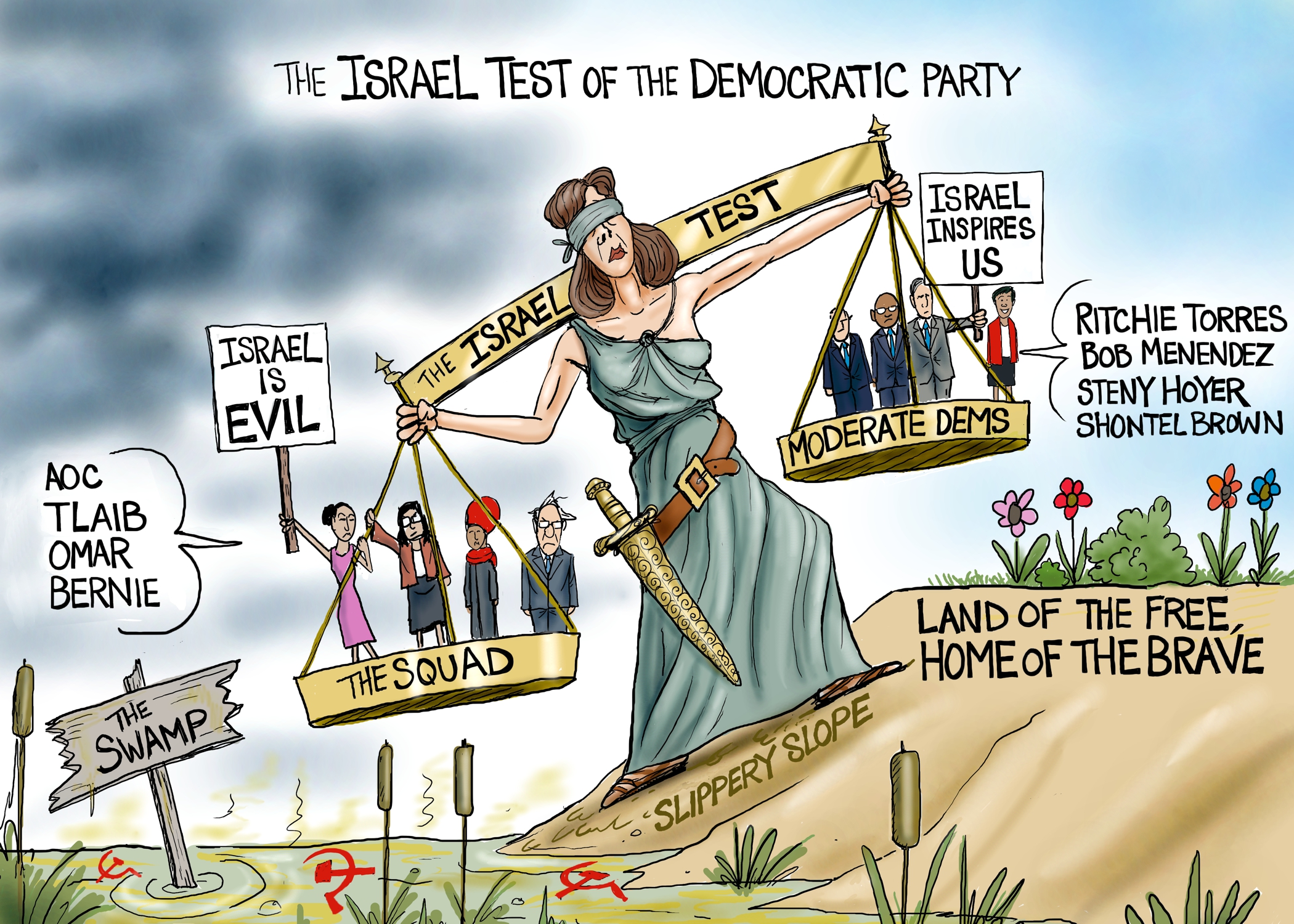 This article was originally published in the Washington Times on October 27, 2021, written by Adam Milstein of the Adam and Gila Milstein Family Foundation, and James Jay Carafano of The Heritage Foundation.

The Democratic Party now faces an important test. Where will it stand when it comes to continuing America’s longstanding, bipartisan support for Israel? Will it banish the far left voices spewing hatred of the Jewish state? Or will these voices eventually become the party‘s mainstream? The answer will determine not only the party‘s cohesiveness but its viability in American politics.

Whether they recognize it or not, the Democratic Party is currently undergoing the Israel test, as laid out by Professor George Gilder in his book by the same name. Mr. Gilder argues that Israel, with its vibrant democracy and countless innovations, embodies the triumph of democracy, decency, creativity, and grit.

He observes that, historically, countries that have endorsed Israel and the expansive worldview it represents have thrived, while those who didn’t remain mired in poverty and violence. The reason? Mr. Gilder hypothesizes that perspective on Israel is more than just a foreign policy issue; rather, it reflects an ethos. Abandoning Israel is like abandoning democracy.

The Democratic Party has been a steadfast supporter of Israel—from the days of President Truman, the first world leader to recognize the new state, to President Obama’s time in the Oval Office, when he supported Israel‘s Iron Dome missile defense.

Today, however, that unblemished record of support is threatened by the party‘s progressive wing, embodied in the so-called “Squad.” This small but vocal group expounds on the Palestinian narrative of eternal victimhood. It promotes the antisemitic idea that all of Israel‘s success is born out of its original sin and must be dismantled. Hence, we witness Rep. Alexandria Ocasio-Cortez (D-N.Y.) calling Israel an “apartheid state.” We see Rep. Rashida Tlaib (D-Mich.) neglecting to mention Jews in a Holocaust Remembrance Day tweet.

The radical left, it seems, never misses an opportunity to snub the Jews and vilify the Jewish state. True to The Israel test’s thesis, this attitude has not been relegated to criticism of Israel but has evolved into a politics of victimhood, a self-loathing of America.

Yet antisemitism is not a winning issue in the free world, and in America, these strident voices still represent a fringe minority of the Democratic Party. The recent special election in Ohio’s 11th District bears this out. Backed by socialist Sen. Bernie Sanders (I-Vt.) and the Squad, a radical leftist, Nina Turner, at one point enjoyed a 35-point lead in the polls. But as the election approached, her advantage narrowed. Ultimately, she lost the race to Shontel Brown, a centrist Democrat and friend of Israel supported by Hillary Clinton and the Congressional Black Caucus. The proof is on the ballot.

The defeat of the leftist radicals is not just an American phenomenon; a similar result occurred in the U.K. in 2019. Labour Party leader Jeremy Corbyn single-handedly alienated the British Jewish community with his antisemitic and anti-Zionist rhetoric and positions. This community represents only 0.5% of the general British population. Nevertheless, in late 2019 Corbyn suffered a massive defeat in the elections, with the worst Labour showing since 1935. In 2020, he was suspended from the Labour Party.

In the U.S. Congress, radical leftists remain but marginal group, the Squad notwithstanding. And the American public soundly passes the Israel test. To stay vibrant and relevant, the Democratic Party needs to do the same. It must unite around its support of Israel and disavow the radicals who are out of touch with the American public.

This is a pivotal moment for the Democratic Party. To keep from splitting at the seams, Democrats must choose to stand with Israel, as they historically have and as most of them continue to do. If the Democratic Party recognizes that the Israel test will determine its future, it can muster the integrity to withstand the radicals, reclaim its time-honored support for Israel, and return to the deserved vitality it once enjoyed.

Adam Milstein is an active philanthropist and a co-founder of the Israeli-American Council and the Adam and Gila Milstein Family Foundation. James Jay Carafano, a Heritage Foundation vice president, directs the think tank’s research in matters of national security and foreign affairs.